Mallam Abba Kyari, God grant him fidaus al janah, was very well known to me. He has paid the rental on and claimed his own piece of earth; but the “from whence thee came, dust to dust, rites of passage“, are not yet over, so, we may not dance on his grave by engaging in the new industry; given rise to by his certain change of form.

That industry; either superlatively eulogizing his memory or denigrating the times of the Mallam, is a growth one and in the classic Nigerian fashion, will spawn all manner of glowing perspectives and or horrid distortions in the coming days, but that is to be expected, given whose turn to answer the final call it was.

Somewhere, in my study, in mothball, is a file labeled: ”(AGI/ Abba Kyari- engagements). I am AGI and the Abba Kyari refers to the deceased Mallam; engagements simply is an aide memoire (like notes to self or filing notations) created by me, to me to denote the nature and contents of that particular file.

The file contains, now yellowing newspaper cuttings of articles and publications, authored by select segments of the northern establishment. Those clippings and cuttings of published articles and advertorials were handed over to me over the course of about five visits to my chambers/ law office in Victoria Island, Lagos by Mallam Abba Kyari.

In those several articles featured in those newspaper cuttings, were explicitly stated positions , of the signatories (all known and identifiable leaders of the North). Those visits, (I think in late 2012/ 2013 and thereafter) but before the ascent of the APC, by the Mallam, were to solicit my intercession for an appointment with former President Goodluck Jonathan.

I later learnt from him, during the course of our many interactions that, had I been from their part of the country, my story would have been different, but I digress.

He certainly ascribed to me, influence and capabilities, I certainly did not possess, nor ever advertised were mine. Up until, positions changed, Mallam Abba Kyari, could not believe that I was unable to secure an appointment for him to see  President Jonathan.

All my protestations that the nearest I came to the former President then, were largely on the pages of newspapers , only seemed to make him, redouble his efforts at convincing me, that it was in Goodluck’s best interest to see and hear him.

With the benefit of hindsight, it is quite possible that, had I succeeded in that task, the concourse of the political history of Nigeria, May have been different, again, I digress.

Firstly, a deleterious consequence of the Nigerian political reality and sadly so, is the well known, disconnect between the governing class (political leadership and the general polity or the governed). An unbridgeable gulf exists between the government and the people. The distrust only heightened by the perceived misgovernance of current political actors, is palpable, all suffusing and permeates everything.

So, everyone, who has held public office is in the lore of the public square; guilty of all heinous infractions, until time absolves him, or the roborant judgement of history dictates otherwise.That for now, will be the lot of our departed Mallam.

Now, the policy option chosen by the Jonathan government as response to the rejection by the vocal and articulate section of civil society organizations and the sponsored agitations against the deregulation of petroleum pump price in 2012 or so, was the constitution of four committees.

Till date, I still do not know to whom I owe my inclusion in perhaps the most ”blue” of the blue ribbon committees set up by the Jonathan government, as the government’s answer to the angst that was then roiling the land , on account of the peremptory adjustment in the pump price of petrol.

On a Sunday afternoon, in early 2012, whilst at table at lunch in Yenagoa , I received a call from the then Petroleum Minister (Mrs Diezani Alison-Madueke) seeking my approval for nomination to serve in what ultimately became known as the Ribadu committee, so named after our chairman ( Nuhu Ribadu).

That Committee was the Presidential Special Task Force on Petroleum Revenue, to give it, the full appellation. It was the President’s Committee, but with the Honourable Minister as the clearing house, and that was where I first met Mallam Abba Kyari. He was one of the 12 or so , of us that served on that committee.

Our remit was expansive, and we had an initial time limit of some 90 days to get the job (whatever, that was) done. Some of the more accomplished Nigerians were members, but even at that, the Nigerian factor couldn’t be kept out, as we became riven by sentiments that ought not to have had any consideration in our work.

We ended up spending over six months and at the end , our report was a pastiche of believability and conjecture. The day of submission, was a production fit for a Shakespearean offering, again , I digress.

In the cuttings under reference, were clearly articulated positions in support of the government of the former President. It was revanchist; in that, these positions canvassed broad support in the north for Goodluck’s government and sought to play down the conventional wisdom then, that, Goodluck was hated by the entire North.

I found him a passionate man. Very well read, and who’d follow a friend anywhere, no matter, the privations to self. I had to dissuade him from following me to Twon- Brass, to witness my ill- fated chalking as Chief Ernest Ikoli 11, again, i digress.

That friendship continued until, his mortality was confirmed. When he did not acknowledge my sms last week, a most unusual occurrence, I began to suspect the worse, especially, given the public admission of his status in the public domain.

Yes, Mallam had power, but the power did not own him. Yes, Mallam had influence, but it was exercised, more benightedly. Being neither saint, nor the greatest sinner(but then, who is) the curtain has fallen on his character in this play of life and he has made his exit.

Curtain calls await all of us, let’s allow him peaceful occupation of and rest in his corner of the earth. He has paid for it.

Mr George-Ikoli SAN, a Lagos based lawyer, is a former Attorney General of Bayelsa State 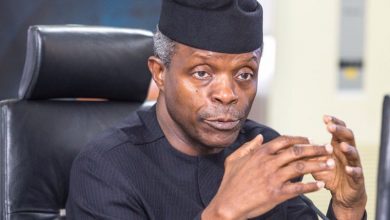 The Osinbajo Declaration and the hope it inspires

The Presidency and monkey business 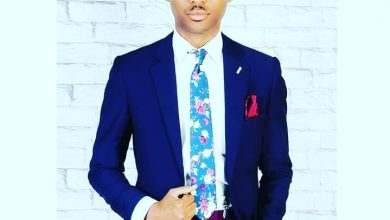 Conversations with my European friends