In the meantime, the Honourable Minister for Niger-Delta, Senator Godswill Akpabio, set up an Interim Management Committee, purportedly to undertake a forensic audit of the NDDC. Some of the protests were to the extent that the NDDC was being manipulated to serve the interests of two major politicians, from the Niger-Delta. Nobody took this seriously, given the express provisions of the law establishing the NDDC, which contains detailed processes for the management of the NDDC. Unfortunately, that prediction has since become real.

The case of the NDDC has become totally embarrassing, at least to the people of the Niger-Delta, whose interests it was initially established to serve. As is common with governments ruling through propaganda, the hatchet men of those holding the NDDC by the jugular went to town hysterically, reeling out thousands of projects abandoned by contractors, just to dim our collective sense of outrage at the fraudulent management of the affairs of this totally leprous body.

How did this show of shame start? Precisely on October 29, 2019, after he was finally inaugurated as Minister of Niger-Delta, Senator Akpabio purported to set up an Interim Management Committee to manage the affairs of the NDDC, in flagrant violation of the NDDC Act. The Minister said then that the mandate of the Committee was to help create an ‘enabling environment’ for the forensic audit of the NDDC as promised by the President.

What a country! So, you set up an illegal Committee just to create the ‘environment’ for a forensic audit, which ordinarily should be a work for accountants and experts.

According to the introductory note to the Act establishing it, the NDDC was conceived to “use the sums received from the allocation of the Federation Account for tackling ecological problems which arise from the exploration of oil minerals in the Niger-Delta area”.

Under and by virtue of section 2 of the NDDC Act, the power house of the Commission is its Governing Board, comprising a Chairman, one person to represent each of the oil producing member States of Abia, Akwa-Ibom, Bayelsa, Cross-River, Delta, Edo, Imo, Ondo and Rivers; three persons to represent the non-oil producing geo-political zones, representatives of the Federal Ministries of Finance and Environment, one representative of the oil producing companies in the Niger-Delta nominated by the said companies, the managing director and two executive directors.

They are to hold office for a period of four years, subject to renewal and to operate as part-time members. By virtue of section 4 of the NDDC Act, the office of the chairman of the Governing Board shall rotate amongst member States in alphabetical order, whilst section 12 makes the offices of the managing director and the two executive directors rotational, in the order of the highest production quantum of oil amongst the member States. It is mandatory for the Senate and the House of Representatives to confirm any appointment into the NDDC and no other body or entity is recognised by the NDDC Act to run its affairs other than the Board.

It won’t take long after Senator Akpabio set up his illegal contraption than the President announced the constitution of the NDDC Board and forwarded their names to the National Assembly. Ignoring all protests and pending court actions, the National Assembly confirmed the list sent to it but declined approval for the representative from Rivers State, Dr. Joy Nunieh, which it claimed did not appear before the Committee for her interview and screening. Either by stroke of luck or fate, the same Mrs. Nunieh turned out to be the chairperson of Akpabio’s illegal contraption. So, for the first time in the history of the Niger-Delta interventionist agency, we had two governing bodies.

Meanwhile, the NDDC budget, running into about N400B, was pending for approval before the National Assembly. Again, and against all reasonable expectations, the National Assembly met with an Interim Committee of only three people and approved the budget, thus placing the destiny of the people of Niger-Delta in the hands of Senator Akpabio and his appointees, whilst the Board duly constituted and approved by the National Assembly, was never inaugurated by the President. This has been the state of affairs of the NDDC since the advent of the Buhari administration.

Upon his inauguration in 2015, President Buhari swiftly sacked the lawful Board of the NDDC and appointed a sole administrator, Ibim Seminitari, the former Commissioner of Information of Rivers State under former Governor Rotimi Amaechi, as the Acting Head of NDDC. For months following, only one person ran the affairs of this money-guzzling agency.

Since, the NDDC has not had any effective management in the manner specified in the law establishing it. Some have pointed to the case of the NDDC to substantiate their case that the Buhari administration reeks in impunity and arbitrariness.

As the nation was trying to decipher the real game plan of Senator Akpabio between his ill-gotten child of Interim Committee and the still-born NDDC Board, we all woke up to the news that Dr. (Mrs) Joy Yimebe Nunieh had been replaced by one Professor Kemebradikumo Daniel Pondei, even though she would still be part of the Interim Committee. Till date, no audit firm has been appointed for the supposed forensic audit of the NDDC as promised, confirming several claims that the NDDC has been pocketed by prominent politicians to oil their campaigns for the 2023 elections.

Some events make you wonder whether the Buhari administration is actually fighting ‘corruption’, which it hurriedly adopted as its main target, for battle. Or how else do we describe this anomaly that since 2015, the President has refused to constitute an effective Board for the NDDC and prefers to run its affairs through sole administrators.

NDDC receives huge allocation from the Federation Account, oil companies pay royalties into the NDDC purse and the NLNG has now been mandated by law to pay 3% royalty to the NDDC, boosting the revenue base of the agency. And all that President Buhari can do for the suffering people of the Niger-Delta is to allow his men to hijack the NDDC for politics!

All other member-States have occupied the offices of Chairman, managing director and executive directors respectively, except Ondo and Imo States. Abia, Akwa-Ibom, Bayelsa and Delta States have produced the Chairman of the Board in the past and by the rotational principle established under section 2 of the NDDC Act, Edo State should produce the next chairman whilst Ondo State, going by the oil production quantum principle established under section 12, should produce the managing director.

I verily believe that the President and his men are well aware that the Interim Committee constituted for the NDDC is an illegal entity, both in law and by protocol, as it cannot find support in the NDDC Act and it was never confirmed by the National Assembly. And it is amazing that the people of the Niger-Delta, with all their years of activism and rich heritage, have all kept mute and allowed themselves to be cowed by politicians. Below is what I stated in my last piece on the NDDC, which is still relevant even as of this day.

‘The NDDC was conceived as interventionist agencies to address the critical problems of pollution and degrading of the ecosystem of that region, all resulting from the oil exploration and production activities going on there. This struggle has consumed so many lives and destinies, including that of Isaac Adaka Boro, Dr. Ken Saro-Wiwa, etc.

One is therefore surprised that the people of the Niger-Delta see the NDDC as a goldmine, to be deployed to line the pockets of militants, ethnic warlords and regional politicians. What has happened over the years is that projects are deliberately cooked up without any intention to execute them and the people are short-changed year in year out, through the NDDC.

I have never seen a people who hate and work against their own selves and interests, as those of the Niger-Delta area. They know these phony contractors, who are their brothers and sisters, they live with them in the same creeks and mangroves and yet they cannot stand up to challenge them and hold them accountable for the humongous funds allocated for fake projects.

There is no transparent procedure for the award of contracts in the NDDC, there is no verifiable means of monitoring the projects to ensure execution and even when projects are ‘delivered’, there is no correlation between what was awarded and what has been executed, in terms of quality and specification.

It is unthinkable that the NDDC has been in existence since 2000 and yet, there is no major project that is recorded against its name as tangible and durable. Let me give an instance. The people of Ilaje Local Government of Ondo State have for many years been battling sea incursion which has wiped away many of their communities. A few years ago, NDDC claimed to have award a shoreline protection contract for over four billion naira. Though the contractor was said to have been mobilized for the project, it never moved to the site and nothing has been done till date. It makes mockery of the whole resource control campaigns if at the end of the day, the outcome thereof will be to turn greedy individuals into emergency millionaires.

Lagos State was similarly faced the same challenge, but its leaders rose up to face it and they succeeded in pushing the ocean back and even confronted it with a new Eko Atlantic City. How can the Niger-Delta people be so short-sighted, to be devouring their own seeds? By year 2020, the NDDC will be marking twenty wasted years of perfidy, failure, incompetence, stealing and shameless corruption and yet, the people are busy filing cases in court to scramble for executive positions in the Board, without as much lifting a finger, to hold accountable, an agency that has become their albatross. It is sad.’

I urge the President, in demonstration of his transparency and probity, to immediately dissolve the illegal Interim Committee and to constitute a proper, lawful and authentic Board for the NDDC, after due consultations with the leaders and people of the Niger-Delta. Enough of political arrangements of one-man business, to run the affairs of nine oil-producing States. 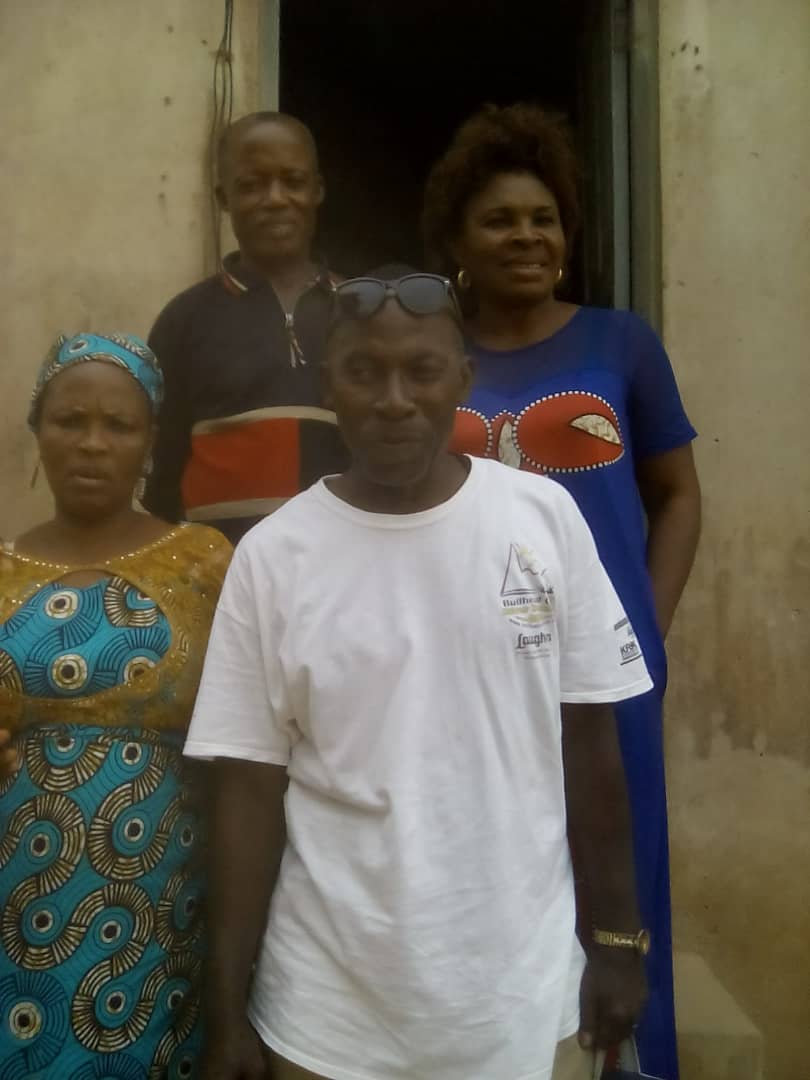 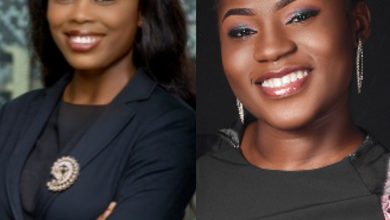