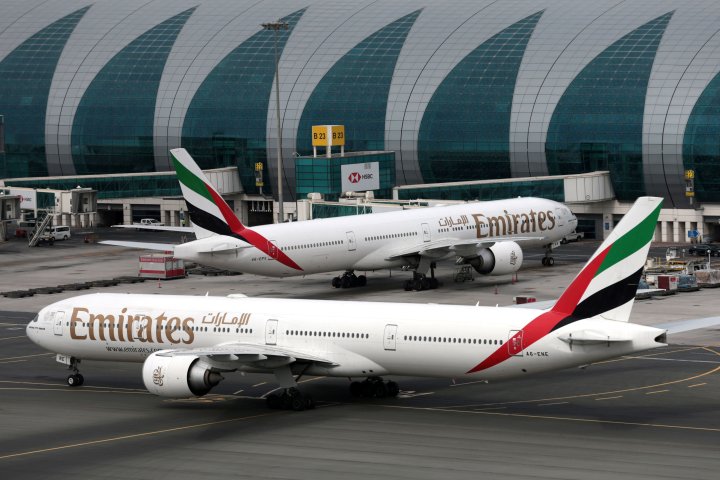 The UAE, home to major carriers Emirates and Etihad Airways, will suspend all inbound and outbound passenger flights and airport transit for two weeks to help curb the spread of the coronavirus, state news agency WAM reported.

The decision will take effect in 48 hours and is subject to reassessment, WAM reported, noting that cargo and emergency evacuation flights were exempt.

Emirates, one of the world’s biggest long-haul airlines, said on Sunday it would stop nearly all passenger flights this week and cut staff wages by as much as half because of the coronavirus impact on travel demand.

Some Australian states and territories are now requiring arrivals from other states to self-isolate for 14 days.

Australia’s largest airport operator, Sydney Airport Holdings Pty Ltd, said on Monday it was looking to lower its capital spending from its previous forecast of A$350-A$450 million ($200-257 million) to focus only on critical projects due to the fall in traffic.

You should also READ  ‘Lives are at stake’: the Philippines looks to re-locate Taal volcano residents

Singapore Airlines Ltd, which lacks a domestic market, had been planning to halve its international capacity before the city-state’s government on Sunday banned short-term visitors from transiting or entering the country.

“We are assessing the impact of this announcement on our operations and will make the necessary adjustments to our services,” Singapore Airlines said in a statement.

The airline normally relies heavily on connecting passengers from markets like Australia to Europe and India to North America through its hub.

Taiwan announced similar restrictions which will hit the business of China Airlines Ltd and EVA Airways Corp , which have in recent years marketed Taipei as a convenient and affordable transit airport, competing with Hong Kong and Singapore.

In Hong Kong, Cathay Pacific Airways Ltd has cut its passenger capacity by 96 per cent in April and May as government curbs make travel more difficult.