Loss of smell could be a coronavirus symptom, but some experts wary 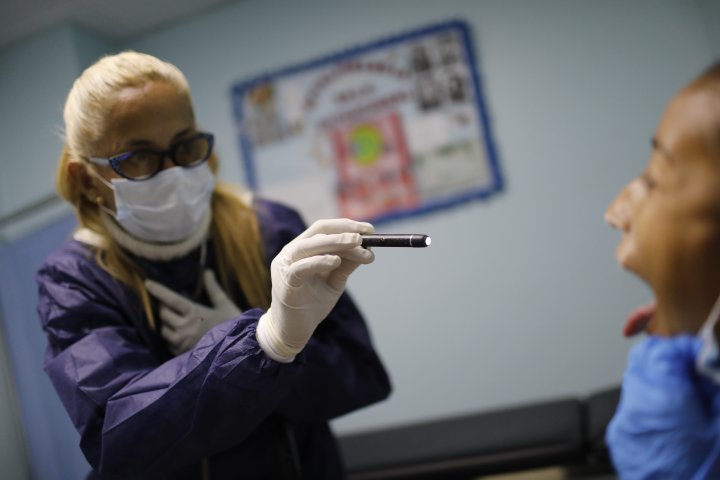 A sudden loss of smell is being presented as a possible new sign of the novel coronavirus, particularly in those with no other symptoms.

The British Association of Otorhinolaryngology (ENT UK) raised the issue in a statement on Friday, citing the “rapidly growing number of reports” of patients with little to no other symptoms losing their sense of smell. ENT UK said it could be an important marker of the infection for which health-care workers should consider asking people to self-isolate.

The ENT UK — made up of leading British ear, nose and throat doctors — cites compiled reports from countries like Germany and South Korea, where patients presented anosmia as their “major presenting symptom in otherwise mild cases,” meaning without coughing and high fever.

The researchers called for people experiencing the loss of smell or taste to self-isolate, saying the reports suggest they could be “hidden carriers” capable of facilitating the spread of the virus.

“If anosmia was added to the current symptom criteria used to trigger quarantine, and any adult with anosmia but no other symptoms was asked to self isolate for seven days, we might potentially be able to reduce the number of otherwise asymptomatic individuals who continue to act as vectors, not realizing the need to self-isolate,” their statement reads.

A diminished sense of taste and smell can be symptomatic of a wide variety of illnesses, respiratory or otherwise, according to Dr. Isaac Bogoch, an infectious disease specialist based out of Toronto General Hospital.

“I doubt this is a very specific feature of COVID-19. It might be a feature, but likely not a uniquely distinctive one compared to other infections,” he said.

“I don’t think anyone would be surprised if people with COVID-19 have it, but think back to any time you’ve had a respiratory tract infection, regardless of how sick you were, it’s possible you had a temporary loss or reduction in your smell or taste during the course of that infection.”

Bogoch said in his experience, it’s rare medical practitioners even ask patients whether they’re experiencing a loss of these senses, which might also be part of the problem.

“People are going into the doctor’s with symptoms of a respiratory infection. You don’t show up to the doctor’s office and we say, ‘How is your sense of smell?’ And if someone says it’s decreased, that doctor isn’t going to say, ‘A-ha! It can only be one thing!’ If it’s along for the ride, so be it, but it’s not definitive.”

He was wary of ENT UK’s suggestion that people with no other symptoms could be hidden carriers but acknowledged that a full clinical study integrating this symptom would provide clarity.