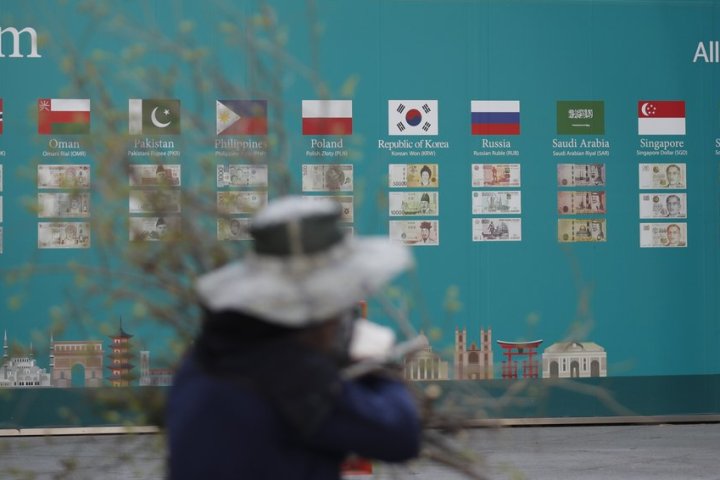 Traders were encouraged by the Fed’s promise to buy as many Treasurys and other assets as needed to keep financial markets functioning.

On Monday, Wall Street fell 3 per cent after Congress failed to approve an economic support package. It would send checks to U.S. households and offer support for small businesses and the hard-hit travel industry, but Democrats say it favors companies too heavily at the expense of workers and public health.

“Asian investors like what they see from an all-in Fed which is being viewed in a very impressive light for both Main and Wall Street even as the U.S. congress dithers,” said Stephen Innes of AxiCorp. in a report.

Also Tuesday, a measure of Japanese factory activity fell to its lowest level since 2009 in another sign of the punch to manufacturers from the coronavirus. The preliminary version of this month’s Jibun Manufacturing Purchasing Managers’ Index fell to 44.8 from February’s 47.8 on a 100-point scale on which numbers below 50 show activity contracting.

The Fed’s promise goes beyond the $700 billion in asset purchases announced last week.

The central bank said it will buy a wide range of investments, including corporate bonds for the first time, to improve trading in markets that help home buyers finance the purchase of houses, state and local governments borrow and businesses get enough short-term cash to make payroll.