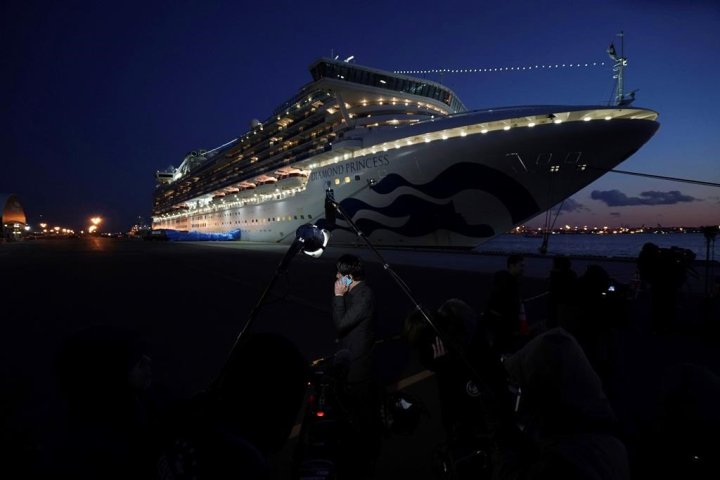 Traces of the novel coronavirus were detected on a number of surfaces in cabins aboard the Diamond Princess cruise ship up to 17 days after passengers disembarked, a new report from the U.S. Centers for Disease Control and Prevention (CDC) says.

The CDC report, released on Monday, said RNA from the virus was found “on a variety of surfaces in cabins of both symptomatic and asymptomatic infected passengers up to 17 days after cabins were vacated” but before disinfection procedures were conducted.

The report’s authors cautioned, though, that the data “cannot be used to determine whether transmission occurred from contaminated surfaces.”

The CDC says further study of COVID-19 transmission from inanimate objects “is warranted.”

According to Alon Vaisman, an infection control physician at the University of Toronto, RNA is the “the basic building block of the genetic code for the virus.”

“We don’t know if it’s live virus or not, all that we know is that it’s genetic material,” he said.

Vaisman said that based on other studies, it’s “unlikely” that this RNA would be from live virus, but that this information was “not explicitly said” in the CDC report.

In an email to Global News, Jason Kindrachuk, an assistant professor and Canada Research Chair in emerging viruses at the University of Manitoba, said pieces of viral RNA can remain on surfaces for extended periods of time, but “this does not reflect infectious virus.”

You should also READ  John Bolton can publish book despite Trump’s efforts to block it, Judge rules

“So if you had touched this leftover viral material — again, not knowing whether the virus is actually alive or dead — can you pick up the virus?” he said. “That seems unlikely, but that wasn’t confirmed in this piece of information, so we don’t know that much at all.”

Jason Tetro, a microbiologist and author of The Germ Code, told Global News that if it was only RNA that was found, that means there is no chance of life “whatsoever.”