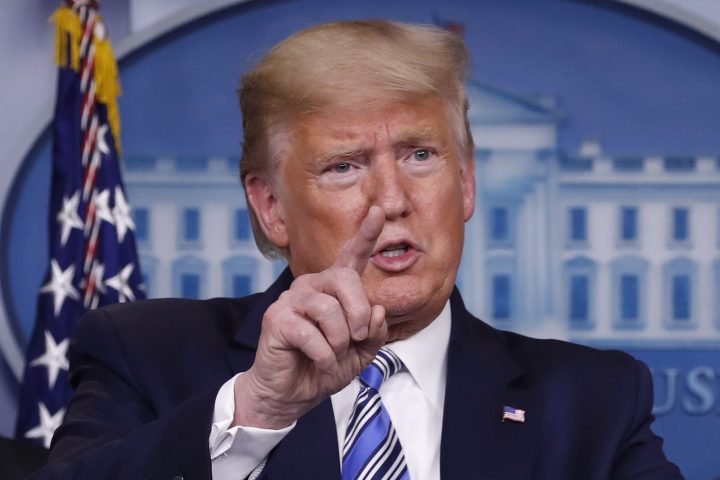 A newly widowed Arizona woman in intensive care is urging Americans to take medical advice from doctors — and not U.S. President Donald Trump — after her husband died from swallowing a form of chloroquine the POTUS touted as a coronavirus “game-changer.”

The woman and her husband, both in their 60s, were rushed to hospital after ingesting chloroquine phosphate on Monday, according to a statement from Banner Health in Phoenix, Ariz. The man died in hospital and the woman remains in intensive care.

The woman told NBC News that she and her husband tried chloroquine because they heard President Trump talking about it as a powerful drug for fighting the coronavirus during a recent press conference.

“Trump kept saying it was basically pretty much a cure,” said the woman, who asked NBC that her identity remain anonymous.

The poisoned woman said she and her husband each took a spoonful of chloroquine phosphate, which they had around the house as a fish-tank cleaner. She says they saw “chloroquine” on the label and figured it was what Trump was talking about.

“My husband started developing respiratory problems and wanted to hold my hand,” she said. The woman says she struggled to call 911 because she kept falling over and vomiting.

“I was having a hard time talking,” she told NBC News. “I fought for my life.”

When asked what message she wanted to share with others, the woman kept it simple.

“Don’t take anything — don’t believe anything the president says,” the woman said.

Trump did say that chloroquine “could be an absolute, total game-changer,” during a briefing on the COVID-19 disease last Thursday.

“We have a drug called chloroquine, a derivation would be hydroxychloroquine, which I hear even better about, it’s a common malaria drug,” Trump said at the press conference. “We’re encouraging you to take a look at it. We have ordered a lot of it and you can, too. It’s by prescription. It’s a very powerful drug for malaria.”

‘Helping humanity’: Why this man volunteered for a coronavirus vaccine trial