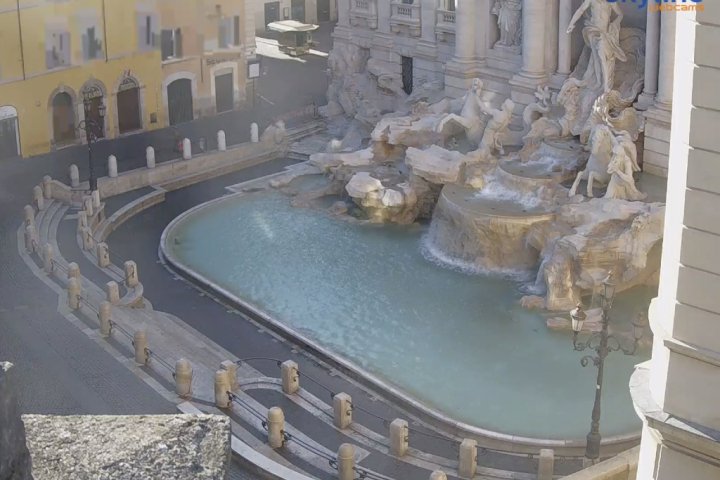 The novel coronavirus has forced many into isolation, leaving the world’s most treasured tourist sites eerily empty of travellers.

People spend a long time saving their dollars to travel across the globe to take in wonders like Rome‘s Trevi Fountain and Peggy’s Cove of Nova Scotia.

Now, they’re void of human traffic as people hunker down to stop the spread of COVID-19.

“Can’t recall ever seeing Yonge-Dundas Square empty like this,” one Twitter user wrote, along with a photo of the empty site at night.

One couple took a walk at the Bay of Fundy, nestled between New Brunswick and Nova Scotia. They were the only ones there.