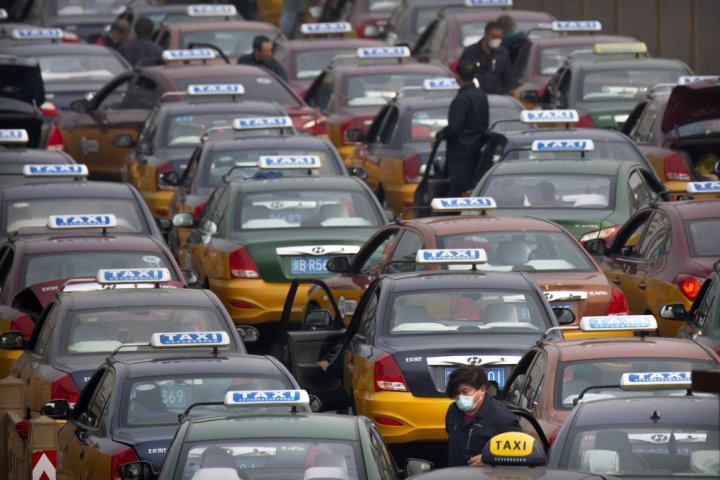 Trains carrying factory employees back to work after two months in locked-down cities rolled out of Hubei province, the center of China’s coronavirus outbreak, as the government on Wednesday began lifting the last of the controls that confined tens of millions of people to their homes.

Roadblocks on bridges and at expressway gates opened, allowing trucks and cars through for the first time in two months.

Residents of Wuhan, the provincial capital where the coronavirus emerged in December, are allowed out of the city but cannot leave Hubei until April 8. Restrictions that barred tens of millions of people from leaving other cities in Hubei since late February as China fought to contain the outbreak were lifted Wednesday.

As the United States and European countries tighten their own controls, China’s ruling Communist Party is relaxing restrictions to revive the economy after declaring victory over the outbreak.

Still, authorities have orders to prevent a spike in infections as millions of people return to work in Hubei or migrate to other provinces. Travelers were checked for the virus’s telltale fever and are required to use smartphone apps that keep track of their health reports and whether they have been to risky areas.

A train left the previously locked-down city of Huanggang on Tuesday night carrying 1,133 factory workers back to jobs in Guangdong province, the center of China’s export-driven manufacturing industries in the southeast, according to People’s Daily, the main Communist Party newspaper.

Physicians were aboard to monitor the passengers and the train was due to travel non-stop to Guangzhou, the Guangdong provincial capital, as a precaution. People’s Daily said the workers would be met by buses to carry them directly to factories in Shenzhen and other cities.

“Resumption of labor and production is urgent!” the newspaper said.

Most access to Wuhan, a manufacturing center of 11 million people, or 1 1/2 times the population of New York City, was shut down Feb. 23. The city is 700 kilometers (450 miles) west of Shanghai.

Restrictions that would expand to become the most intensive anti-disease controls ever imposed spread to Huanggang and the nearby cities of Ezhou, Chibi, Qianjiang, Zhijiang, Jingmen, Xiantao, Xiaogan and Huangshi.

At the peak of China’s restrictions, some 700 million people were in areas covered by orders or official requests to stay home and limit activity.