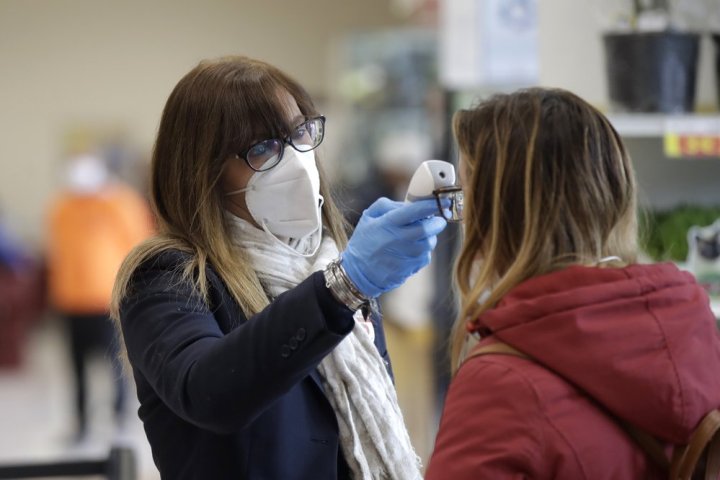 The death toll in Spain from the coronavirus shot up by more than 700 on Wednesday, surpassing China and is now second only to Italy as the pandemic spread rapidly in Europe, with even Britain’s Prince Charles testing positive for the virus.

In India, the world’s largest democracy, the government put its 1.3 billion pereople on lockdown, while U.S. lawmakers finally agreed on a massive $2 trillion domestic aid package, which buoyed stock markets around the world.

In usually bustling Barcelona, people walking around with blankets, mattresses or tents punctuated the eerie emptiness. Spain’s homeless told The Associated Press they feel more abandoned than ever as everyone else hunkers down at home.

“It is as if there has been a nuclear explosion and (people) are all sheltering in the bunker. Only us, the homeless, are left outside,” said 36-year-old Gana, who uses only one name.

Spain’s health system is overwhelmed, and with hotels being converted into hospitals and a Madrid ice rink being used as a temporary morgue. Lawmakers were set to extend the country’s lockdown for two more weeks, to April 12.

Charles, the 71-year-old heir to the British throne, is showing mild symptoms of COVID-19 and is self-isolating at a royal estate in Scotland, his office said, adding that his wife, Camilla, has tested negative.

Charles “has been displaying mild symptoms but otherwise remains in good health and has been working from home throughout the last few days as usual,” it said.

India, where the massive lockdown is underway, has only about 450 cases due to limited testing, but Prime Minister Narendra Modi warned that if he didn’t act now, it could set the country back decades.

His unprecedented move is aimed at keeping the virus from overwhelming its fragile health care system, as it has done in parts of Europe and threatens to do in U.S. hotspots like New York. Everything but essential services like supermarkets were closed. Normally busy railway stations in New Delhi were deserted and streets were eerily silent.