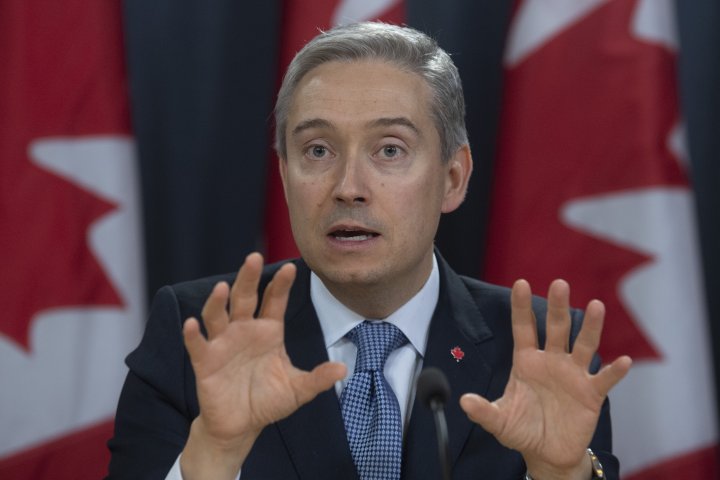 OTTAWA — Despite the daunting hurdles posed by the COVID-19 pandemic, Iran must live up to its pledge to co-operate with the investigation into its downing of a commercial airliner in January, says Foreign Affairs Minister Francois-Philippe Champagne.

That includes the unfulfilled, two-week-old promise by Tehran to surrender the flight recorders of Ukraine International Airlines Flight 752, which the Iranian military shot down on Jan. 8. All 176 people aboard were killed, including 55 passengers who were Canadian citizens and 30 who were permanent residents.

In separate interviews with The Canadian Press, Champagne and Andriy Shevchenko, the Ukrainian ambassador to Canada, said the black boxes have not been sent to Kyiv as Iran had pledged.

Iran’s representative to the International Civil Aviation Organization in Montreal promised on March 11 to transfer them within two weeks to assist with Ukraine’s investigation into the crash.

Iran is one of the hardest-hit countries in the pandemic with more than 27,000 cases of the virus and more than 2,200 deaths.

“On one hand, this is a crisis, a health crisis of unprecedented proportion that we’re living,” Champagne said.

“But on the other hand, we need to make sure that we get answers and that the tragedy … that the families are still living. We have to push for these answers and push the Iranian regime for that.”

The COVID-19 outbreak is presenting new challenges to the already-frustrated families of Canadian victims, who are having difficulty getting answers from Ottawa as the government responds to the global health crisis.

Hamed Esmaeilion is a Toronto-area dentist who lost his wife, Parisa, and nine-year-old daughter Reera on the fight.

In an interview Thursday, Esmaeilion said the COVID-19 pandemic has forced the cancellation of several planned meetings between the families of those killed and Canadian officials.

Families had been hoping for updates on efforts to hold those responsible accountable and secure compensation from Iran and the airline. The RCMP is assisting Ukraine’s criminal probe into the crash while the Transportation Safety Board is involved in Iran’s flight-safety investigation.