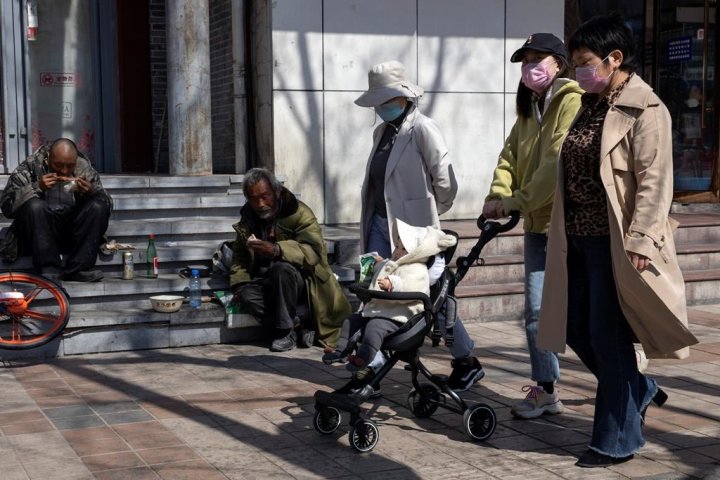 Thursday’s 55 new cases were down from 67 a day earlier, the National Health Commission said in a statement on Friday, taking the tally of infections to 81,340, as five new deaths raised the toll to 3,292.

The commercial capital of Shanghai reported the most new imported cases with 17, followed by 12 in the southern province of Guangdong and four each in the capital Beijing and the nearby city of Tianjin.

Shanghai now has 125 patients who arrived from overseas, including 46 from Britain and 27 from the United States.

The central province of Hubei, with a population of about 60 million, where the virus first appeared late last year, reported no new cases on Thursday, a day after lifting a lockdown and reopening its borders as the epidemic eased there.

A premature easing of curbs in Hubei’s capital of Wuhan, including the reopening of schools and workplaces, could boost the risk of a large new wave of infections, possibly as early as August, a study in the British medical journal the Lancet said.

“But if they relax those restrictions gradually, this is likely to both delay and flatten the peak,” said Kiesha Prem of the London School of Hygiene and Tropical Medicine, who led the study, published this week.

In effect from Sunday, China has ordered its airlines to fly only one route to any country, on just one flight each week. Foreign airlines must comply with similar curbs on flights to China, although many had already halted services.

About 90% of current international flights into China will be suspended, cutting arrivals to 5,000 passengers a day, from 25,000, the civil aviation regulator said late on Thursday.

From Saturday, China will temporarily suspend entry for foreigners with valid visas and residence permits, in an interim measure, the foreign ministry added.

‘Everything is so surreal’: Global coronavirus cases surge as U.S. leads infections