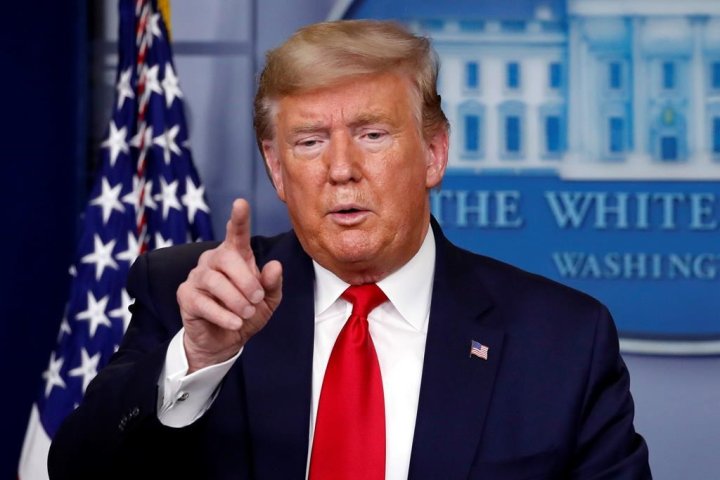 Trump said negotiations with General Motors had been productive, “but our fight against the virus is too urgent to allow the give-and-take of the contracting process to continue to run its normal course.”

Trump said “GM was wasting time” and that his actions will help ensure the quick production of ventilators that will save American lives.

Previously Trump has been reluctant to use the act to force businesses to contribute to the coronavirus fight, and wasn’t clear what triggered his order against GM.

The Detroit automaker is among the farthest along among U.S. companies trying to repurpose factories to build ventilators. It’s working with Ventec Life Systems, a small Seattle-area ventilator maker to increase the company’s production and will use a GM auto electronics plant in Kokomo, Indiana, to make the machines.

The company said Friday it could build 10,000 ventilators per month starting in April with potential to make even more.

Trump said the United States would produce 100,000 ventilators in 100 days and said he had named White House aide Peter Navarro as the coordinator of the Defense Production Act.

“We’re going to make a lot of ventilators,” Trump said, pledging to take care of U.S. needs while also helping other countries.

After Trump invoked the act, GM said in a statement that it has been working around the clock for more than a week with Ventec and parts suppliers to build more ventilators. The company said its commitment to build Ventec’s ventilators “has never wavered.”

Trump said from the Oval Office that the government thought it had a deal for 40,000 ventilators but GM cut the number to 6,000 and talked about a higher price than previously discussed.

“I didn’t like it,” he said. “So we did activate it with respect to General Motors. And hopefully, maybe we won’t even need the full activation. We’ll find out, but we need the ventilators.”