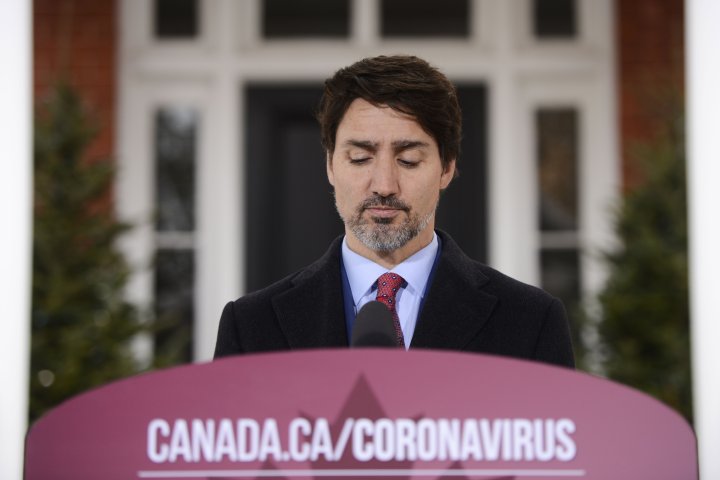 Prime Minister Justin Trudeau says it would be a mistake for the United States to position troops near the Canadian border.

Trudeau says today he’s told that to the Trump administration, and that he’s still seeking clarity on American plans.

The prime minister says when he knows more, he’ll share the information with Canadians.

Global News was first to report that the White House was planning to put troops near the Canadian borders in light of U.S. border security concerns around the new coronavirus pandemic.

In remarks at the White House late Thursday afternoon, U.S. President Donald Trump said — without any explanation — that the U.S. already has troops “along the border” with Canada.

Trump then went on a riff about one of his favourite topics — tariffs — and restated old concerns about cheap Chinese steel coming into the U.S. market from Canada.

The two countries already have a mutual ban in place on non-essential travel, but the movement of trade, commerce and cross-border workers has been allowed to continue.