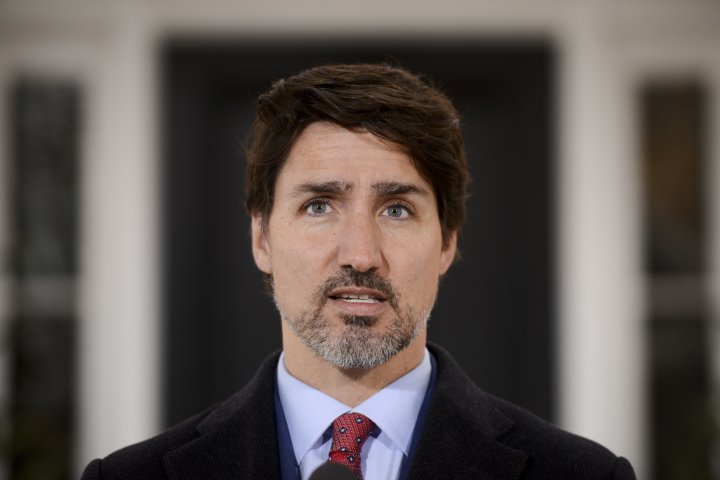 Prime Minister Justin Trudeau said Canada is “very concerned” with the Organization of the Petroleum Exporting Countries’ (OPEC) decisions amid the novel coronavirus outbreak, but that the government remains focused on helping Canadians struggling as a result of the dramatic drop in oil prices.

Trudeau made the remarks during a press conference from Rideau Cottage on Saturday, saying OPEC’s decisions are “putting at risk the livelihoods of people around the world, particularly Canadians who work in the oil and gas sector.”

The price of oil sank nearly 20 per cent in early March after Russia refused to roll back production in response to falling demand and OPEC member Saudi Arabia signalled it will ramp up its own output.

While low oil prices can translate into cheaper gasoline, they wreak havoc on energy companies and countries that count on petroleum revenue.

Trudeau said the government remains focused on helping Canadians who are “hardest hit” economically by COVID-19.

“The measures we’ve put in place will support Canadians right across the country, including in our oil and gas sector,” he said. “But we also know it’s a sector that has been particularly hard-hit and we will look for further help to be able to support people as they get through.”

The price of Western Canadian Select for crude fell below $5 USD a barrel on Friday, as demand during the COVID-19 outbreak continued to drop.

Western Canadian Select prices averaged $27.28 USD a barrel in February, almost 40 per cent lower than the average in February 2019.

READ MORE: Those with COVID-19 symptoms will be barred from domestic flights and intercity trains, Trudeau says