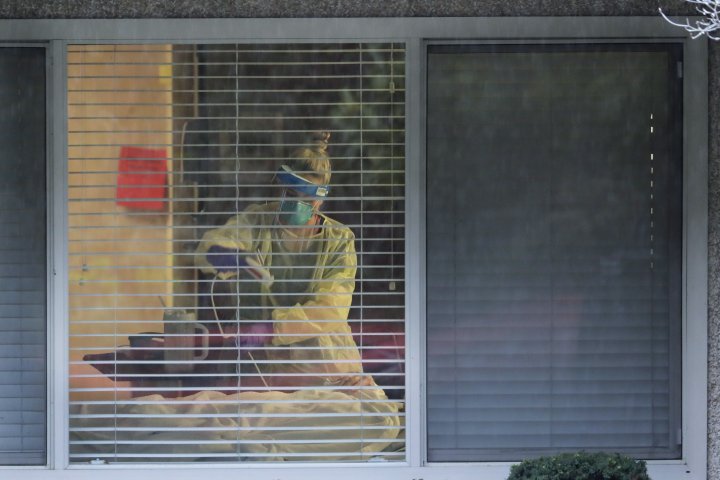 An investigation at a Seattle-area nursing home concluded that symptoms aren’t enough to identify who is infected once the coronavirus enters a long-term care facility.

Residents without symptoms could have the virus, so it won’t work to simply separate those with symptoms from others. Investigators found that screening based on symptoms alone may be failing to identify half the residents who are infected with COVID-19.

A report released Friday focused on a nursing home in King County, Washington, which health officials thought might become vulnerable after an outbreak at a nearby facility, the Life Care Center nursing home in Kirkland.

It concluded that as soon as there’s a confirmed case, all health care workers should don masks and other protective garments, and residents should be isolated as much as possible.

“The rapid and widespread transmission of COVID-19 that happened at Life Care Center was not a unique event. All facilities should be aware,” said Dr. Jeff Duchin, public health officer for Seattle and King County and a co-author of the report. “That’s why preventive measures, such as limiting visitors and excluding symptomatic staff, are so important.”

The report did not identify the nursing home. But it found that of 23 residents who tested positive, only 10 had symptoms on the day they were tested.

The report was by state and local investigators, and scientists at the Centers for Disease Control and Prevention in Atlanta. It was published online by a CDC publication, Morbidity and Mortality Weekly Report.

You should also READ  Coronavirus: Death toll rises to 291 in Iran as officials struggle to contain virus

In a separate report Friday, investigators gave more specifics on how infection may have spread among facilities.

They found two other Seattle-area facilities with infections shared a health care worker with the Life Care nursing home. Another facility had received two patients transferred from Life Care, according to the paper published Friday by New England Journal of Medicine.

And seven Life Care residents who tested positive had no symptoms documented in their charts, suggesting they could have harboured the virus without appearing sick. At least 30 long-term care facilities in the Seattle’s King County have had COVID-19 infections.