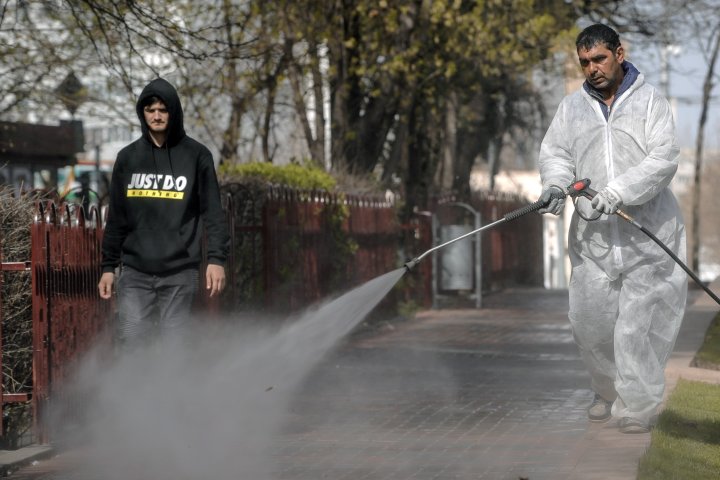 The World Health Organization’s emergencies chief said Friday that widespread testing for the new coronavirus is crucial and countries should not be faulted for reporting higher numbers of cases. He also appealed for a shift toward public health strategies that allow us “to live with this virus” until a vaccine emerges.

The comments from Dr. Michael Ryan suggested a change in mindset at WHO and the U.N. health agency’s increased resignation that the virus first identified in China late last year will be around for a while. The number of people infected worldwide exceeded 585,000 by Friday night.

“At this point, no one can predict how long this epidemic is going to last,” Ryan said during a WHO news conference. “We are entering and moving to an uncertain future. … Many countries around the world are just beginning the cycle of this epidemic.”

For weeks, WHO officials spoke during daily briefings in Geneva of a “window of opportunity” to try to contain the spread of the virus. But lately there have been indications that the containment window has closed.

Ryan called Friday for moving from measures designed to “take the heat” out of the pandemic to ones aimed at “much more precise targets, directed targets, that will allow us, at the very least, to live with this virus until we can develop a vaccine to get rid of it.” A vaccine against the virus isn’t expected for at least 12 to 18 months.

You should also READ  Pompeo warns Kazakhstan to be wary of Chinese investment, influence

The new coronavirus causes mild or moderate symptoms for most people, but for some, especially older adults and people with existing health problems, it can cause more severe illness or death.

WHO officials continue to caution that much remains unknown about the virus including why people who aren’t elderly or have preexisting conditions become seriously ill with COVID-19.

Ryan said 10 to 15 per cent of people under age 50 will have a “moderate to severe infection.”

At the same time, WHO officials emphasized the importance of testing widely for the virus, saying it would enable health officials to get a better grasp on outbreaks even if increasing numbers of people testing positive may stir unease.

“We should not punish countries for getting larger numbers,” Ryan said. “If we create a situation where we overreact to the daily number, then there’s a disincentive to actually test.”

“Having a larger number means I know where the virus is better,” he said.