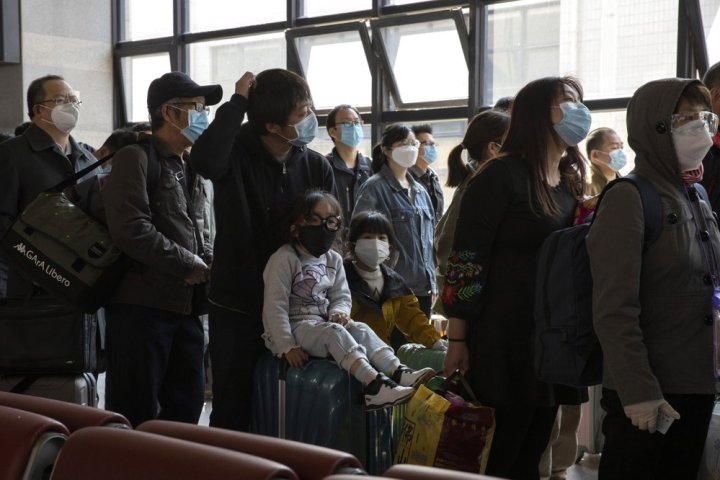 Spain and Italy demanded more European help as they fight still-surging coronavirus infections amid the continent’s worst crisis since World War II. In the U.S., authorities urged millions in the hard-hit New York City region to stop travelling to keep the virus contained.

From Milan to Madrid to Michigan, medics are making tough choices about which patients to save with the limited breathing machines they have. The confirmed global death surpassed 30,000 and new virus epicenters emerged in key U.S. cities like Detroit, New Orleans and Chicago. Even rural American has not been immune, as virus hotspots erupt in Midwestern towns and in Rocky Mountain ski havens.

Spain and Italy alone account for more than half of the world’s death toll and are still seeing over 800 deaths a day each.

Experts say, however, that virus toll numbers across the world are being seriously under-represented due to limited testing and political decisions about which bodies are being counted. Unlike the U.S., France still does not count deaths that take place in nursing homes or in homes among its virus numbers — even though nursing homes are known to be a key coronavirus hotspot around the world.

’’Europe must demonstrate that it is able to respond to this historic call,” Italian Premier Giuseppe Conte said late Saturday.

The crisis “involves all of the economic and social systems of the member states,” he said. “I will fight until the last drop of sweat, until the last gram of energy, to obtain a strong, vigorous, cohesive European response.”

U.S. President Donald Trump backtracked on a threat to quarantine New York and neighbouring states amid criticism and questions about the legality of such a move. But the Centers for Disease Control and Prevention issued a travel advisory urging all residents of New York City and others in New York, New Jersey and Connecticut to avoid all non-essential travel for 14 days.

Shocking as that is for Americans, that stopped short of the restrictions imposed in Europe or elsewhere. Parisians are fined if they try to leave the city and South Africans can’t even walk their dog or buy liquor. In Italy, coffins are piling up despite three weeks of strict confinement and burials are being held with only one family member.

Spain’s government moved to tighten its lockdown and ban all non-essential work Sunday as it hit another daily record of 838 dead. The country’s overall official toll is nearly 6,000.

Spain’s emergencies chief expressed hope that “the outbreak is stabilizing and may be reaching its peak in some areas.”