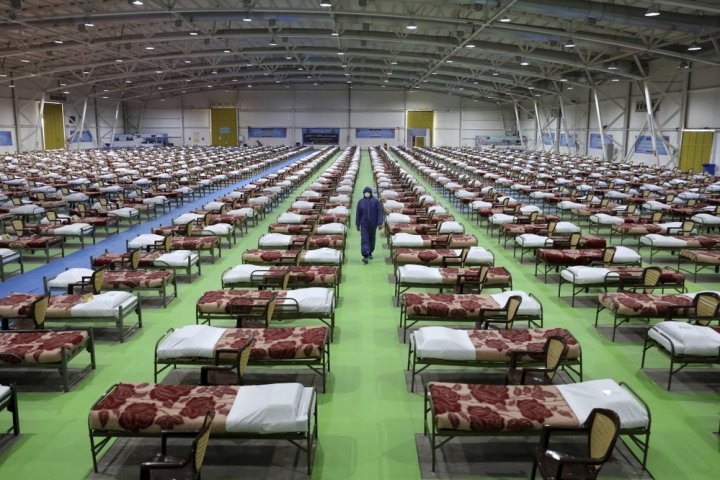 Iran‘s president on Sunday lashed out at criticism of its lagging response to the worst coronavirus outbreak in the Middle East, saying the government has to weigh economic concerns as it takes measures to contain the pandemic.

Hassan Rouhani said authorities had to consider the effect of mass quarantine efforts on Iran’s beleaguered economy, which is under heavy U.S. sanctions. It’s a dilemma playing out across the globe, as leaders struggle to strike a balance between restricting human contact and keeping their economies from crashing.

“This is not the time to gather followers,” he added. “This is not a time for political war.”

Even before the pandemic, Rouhani was under fire for the unraveling of the 2015 nuclear deal he concluded with the United States and other world powers. President Donald Trump withdrew the U.S. from the agreement and has imposed crippling sanctions on Iran that prevent it from selling oil on international markets. Iran has rejected U.S. offers of humanitarian aid.

Most people suffer only minor symptoms, such as fever and coughing, and recover within a few weeks. But the virus can cause severe illness and death, especially in elderly patients or those with underlying health problems. It is highly contagious, and can be spread by those showing no symptoms.

In recent days, Iran has ordered the closure of nonessential businesses and banned travel between cities. But those measures came long after other countries in the region imposed more sweeping lockdowns. Many Iranians are still flouting orders to stay home in what could reflect widespread distrust of authorities.

Iran has urged the international community to lift sanctions and is seeking a $5 billion loan from the International Monetary Fund.

Elsewhere in the region, Qatar reported its first death from the new coronavirus late Saturday, saying the total number of reported cases there was at least 590.

The tiny, energy-rich nation said it flew 31 Bahrainis stranded in Iran into Doha on a state-run Qatar Airways flight. But since Bahrain is one of four Arab countries that have been boycotting Qatar in a political dispute since 2017, Doha said it could not fly the 31 onward to the island kingdom.