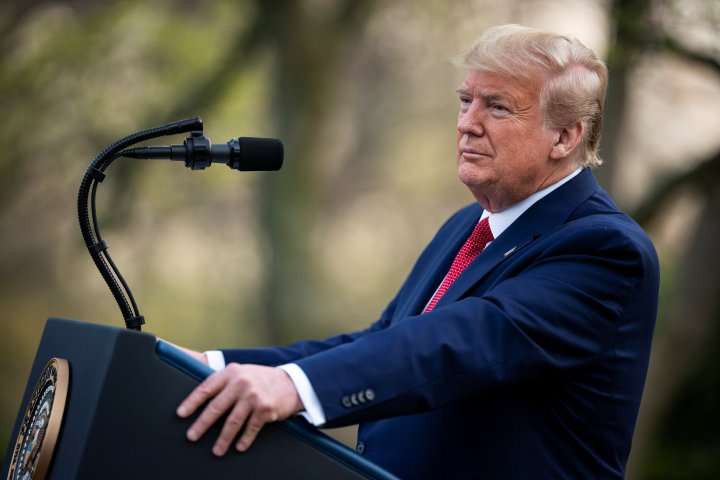 U.S. President Donald Trump is extending the voluntary national shutdown for a month as sickness and death from the coronavirus pandemic rise in the U.S.

The initial 15-day period of social distancing urged by the federal government expires Monday and Trump had expressed interest in relaxing the national guidelines at least in parts of the country less afflicted by the pandemic.

But instead he decided to extend them through April 30, a tacit acknowledgment he’d been too optimistic. Many states and local governments have stiffer controls in place on mobility and gatherings.

Trump’s impulse to restore normalcy met a sober reality check Sunday from Dr. Anthony Fauci, the government’s top infectious disease expert, who said the U.S. could experience more than 100,000 deaths and millions of infections from the pandemic. Trump’s decision to extend the guidelines reflected a recognition that the struggle will take place over the longer haul.

“I want our life back again,” the president told reporters in the Rose Garden.

Brought forward by Trump at the outdoor briefing, Fauci said his projection of a potential 100,000 to 200,000 deaths is “entirely conceivable” if not enough is done to mitigate the crisis. He said that helped shape the extension of the guidelines, “a wise and prudent decision.”

The federal guidelines recommend against large group gatherings and urge older people and anyone with existing health problems to stay home. People are urged to work at home when possible and avoid restaurants, bars, non-essential travel and shopping trips.

The extension would leave the federal recommendations in place beyond Easter on April 12, by which time Trump had hoped the country and its economy could start to rev up again. Alarmed public-health officials said Easter was sure to be too soon.

Earlier Fauci told CNN: “I would say between 100,000 and 200,000 cases,” then corrected himself to say he meant deaths. “We’re going to have millions of cases.” But he added “I don’t want to be held to that” because the pandemic is “such a moving target.”

One in 3 Americans remain under state or local government orders to stay at home to slow the spread of the virus, with schools and businesses closed and public life upended.

Dr. Deborah Birx, head of the White House coronavirus task force, said parts of the country with few cases so far must prepare for what’s to come. “No state, no metro area, will be spared,” she said on NBC’s “Meet the Press.”

Instacart announces coronavirus protections amid threats of a strike