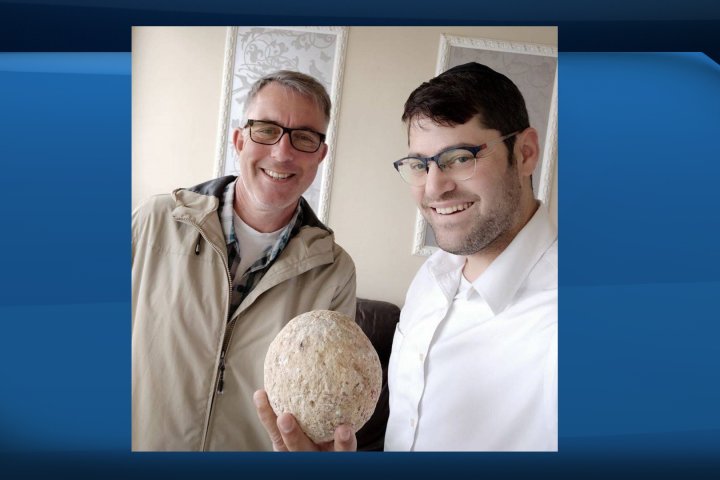 A man who pilfered a 2,000-year-old ballista stone from an archeological site in Jerusalem in 2005 has returned the long-“lost” artifact to Israeli authorities, citing apocalyptic fears of the novel coronavirus pandemic.

The anonymous man arranged to have the stone returned because he feared “the end of the world is near,” the Israel Antiquities Authority said in a statement on Facebook.

The thief feared catching COVID-19 and didn’t want the stone weighing on his conscience any longer, according to Moshe Manies, who returned the stone on the thief’s behalf.

The melon-sized stone was once used in the Roman siege of Jerusalem around 70 CE, according to the Israel Antiquities Authority. The Romans would load the stones into large siege weapons called ballistas, then hurl them at the besieged city.

The thief grabbed the stone while visiting a national park in the City of David as a teenager, Manies said.

“He married and raised a family, and told me that for the past 15 years, the stone is weighing heavily on his heart,” Manies wrote in Hebrew.

He says the thief recently came upon the stone while cleaning up his house for Passover and decided the time was right to send it back.

Manies ultimately got in touch with Uzi Rotstein, who works at the Israel Antiquities Authority, to send the ballista stone back to its rightful place.

“We commend the return of the artifact and appeal to anyone who has taken an archeological artifact, to take a weight off their heart and return it to the State Treasury,” Rotstein told the Times of Israel.