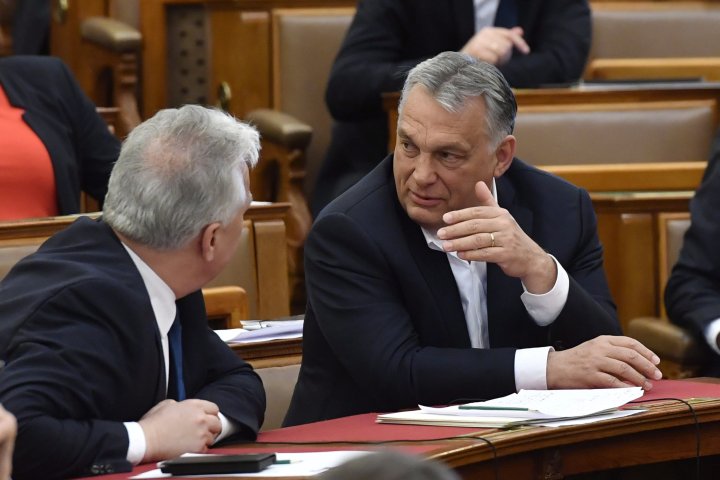 Hungary’s parliament on Monday approved a bill giving Prime Minister Viktor Orban’s government extraordinary powers during the coronavirus pandemic, and setting no end date for them.

The bill was approved by Orban’s Fidesz party and other government supporters by 137 votes in favour to 53 against. It needed 133 votes to pass.

President Janos Ader signed the bill into law shortly after its approval in parliament and it will take effect from Tuesday.

The legislation has been criticized by opposition parties, international institutions and civic groups for failing include an expiration date for the government’s ability to rule by decree.

It also includes measures against false information which have raised concerns they they could be used by the government to muzzle independent media.

“The extraordinary measures are related to the pandemic, to its prevention, its elimination and the prevention of the damaging economic consequences,” said Csaba Domotor, a deputy minister in Orban’s Cabinet Office.

“A time limit cannot be declared in this situation because there is no one … who can say how many months of struggle we have to prepare for.”

Opposition lawmakers said they were willing to give the government the requested powers, but only if they were set for a certain period, with the possibility of extensions.

“The opposition is united on the issue of giving the government powers which are significantly more extensive than the authority in the Constitution,” said Tamas Harangozo, a lawmaker with the opposition Socialist Party.

“The opposition’s request is that “the government accept that it can only do this within time limits.”

The human rights chief at the Organization for Security and Co-operation in Europe also expressed concerns about the new legislation.