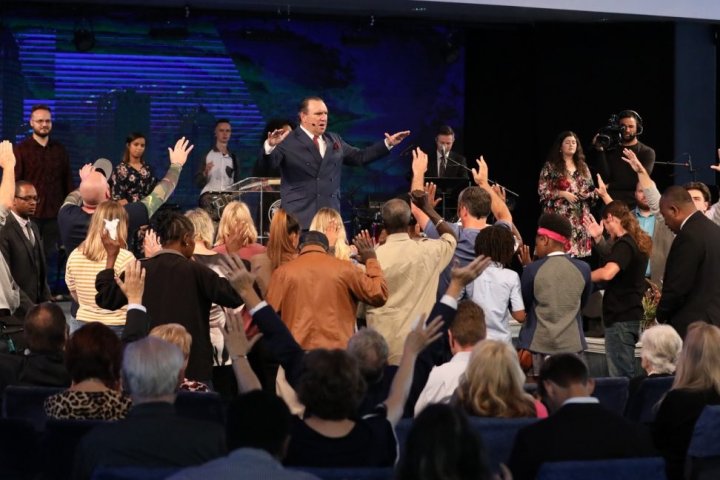 Florida sheriff’s deputies have arrested a pastor for encouraging hundreds to attend his megachurch in Tampa Bay over the weekend, in open defiance of the state’s orders to prevent the spread of the novel coronavirus.

Dr. Rodney Howard-Browne, head pastor of the River at Tampa Bay Church, was arrested on a warrant for charges of unlawful assembly and violating an emergency public health order, Hillsborough County Sheriff Chad Chronister said at a news conference on Monday afternoon.

Howard-Browne presided over hundreds of people at his megachurch over the weekend, despite county “safe at home” orders to avoid such gatherings where people can more easily be infected by COVID-19, the sheriff said. Footage of the sermons was also broadcast online.

“His reckless disregard for human life put hundreds of people in his congregation at risk, and thousands of residents who may interact with them this week in danger,” Chronister said on Monday.

Chronister says sheriff’s deputies repeatedly tried to educate Howard-Browne about the risks and the rules he was breaking last week, but the pastor refused to speak to them or heed the warnings they passed along.

“Instead, they encouraged people to come and gather at their church,” Chronister said. “They even provided bus transportation.”

Howard-Browne announced his plans to defy any lockdown orders in a March 18 Facebook post, in which he declared the church an “essential service” akin to police and firefighters. He added that the church is working hard to keep everything clean.

“We are praying — as are our fellow Christians around the world — and we know that God answers prayers,” Howard-Browne wrote.

The novel coronavirus has infected hundreds of thousands of people around the world, regardless of their faith. As of last week, the U.S. has more infections than any other country in the world.

Howard-Browne appears to have embraced a number of right-wing conspiracy theories about the virus, judging from the posts on his Twitter account. Many of his posts downplay the threat of the virus and echo some of U.S. President Donald Trump‘s scientifically shaky rhetoric.

“Media stirring up bigotry and hate,” he wrote on Twitter Monday morning. “The church was shot at last night … keep up the good work!”