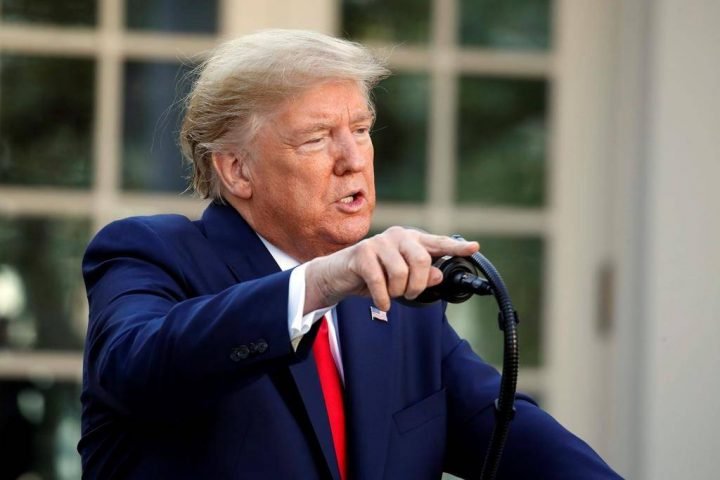 The two doctors spread out their charts on the Resolute Desk in the Oval Office.

The projections were grim: Even if the U.S. were to continue to do what it was doing, keeping the economy closed and most Americans in their homes, the coronavirus could leave 100,000 to 200,000 people dead and millions infected. And the totals would be far worse if the nation reopened.

Those stark predictions grew even more tangible and harrowing when paired with televised images of body bags lined up at a New York City hospital not far from where Trump grew up in Queens.

The confluence of dire warnings and tragic images served to move the president off his hopes for an Easter rebirth for the nation’s economy.

But while Trump sided with the White House doctors over its economists, at least for now, the decision shed light on a West Wing beset with divisions and a commander in chief torn between an instinct to embrace the image of a wartime president fighting an invisible enemy and the desire to protect the nation’s bottom line as he barrels into a bruising reelection fight.

The abrupt change in Trump’s tone was startling: Easter was no longer going to be the sunrise after blackest night. Instead, it could be the darkest moment before dawn.

“We’re thinking that around Easter that’s going to be your spike. That’s going to be the highest point we think, and then it’s going to start coming down from there,” Trump said Monday on “Fox & Friends.” “The worst that can happen is you do it too early and all of a sudden it comes back. That makes it more difficult.”

The bleak forecasts were carried into the Oval Office by Dr. Anthony Fauci and Dr. Deborah Birx, who displayed to Trump projections that, on the low end, could yield 100,000 American deaths from COVID-19. One model showed that deaths could have soared past 2 million had there been no mitigation measures.

“We showed him the data. He looked at the data. He got it right away. It was a pretty clear picture,” Fauci told CNN on Monday. “Dr. Debbie Birx and I went into the Oval Office and leaned over the desk and said, `Here are the data, take a look.’ He just shook his head and said, `I guess we got to do it.”’

But as is often the case with Trump, it also took the power of images to prompt him to act.

Over the weekend, the death count in New York City skyrocketed, the silence of the city’s empty streets shattered only by ambulance sirens. Makeshift medical tents were hastily erected in Central Park. And hospitals, including Elmhurst Medical Center in Queens, not far from Trump’s childhood home, were so overwhelmed that patients were lying in hallways and corpses stowed in refrigerated trucks.