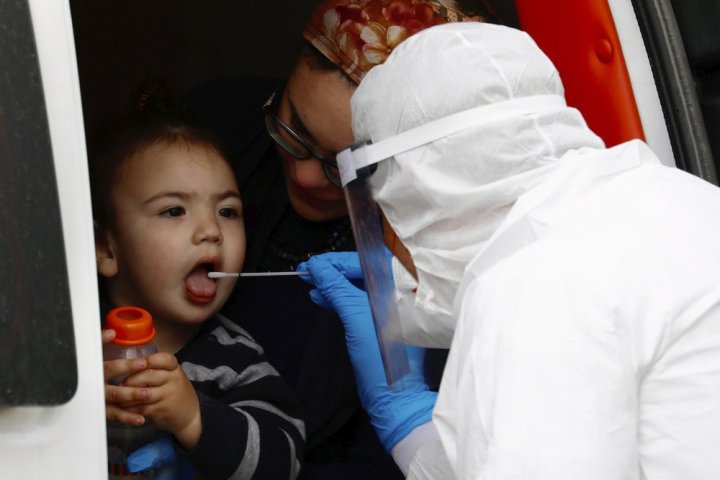 New York Gov. Andrew Cuomo begged for health care reinforcements, saying up to 1 million more workers were needed to fight the coronavirus, while the World Health Organization warned Tuesday that the pandemic was far from over in Asia.

Spain and Italy were still struggling to avoid the collapse of their health systems, with Spain saying hospitals in at least half of its 17 regions are at or very near their ICU bed limits and 14 per cent of its 88,000 reported infections are medical workers.

READ MORE: ‘I guess we got to do it’ — How COVID-19 projections dashed Trump’s Easter U.S. reopening

The United States was poised Tuesday to overtake China’s reported virus death toll of 3,300. But experts say all numbers reported by governments and states in this pandemic are faulty in different ways, due to the lack of testing, mild virus cases that are missed or the determination of some governments to try to seize and shape their pandemic narrative.

“This is going to be a long-term battle and we cannot let down our guard,” said Dr Takeshi Kasai, WHO’s regional director for the Western Pacific. “We need every country to keep responding according to their local situation.”

Hard-hit Italy and Spain now account for more than half of the nearly 38,000 COVID-19 deaths worldwide and the United States has the most confirmed cases in the world at 164,610, according to a tally by Johns Hopkins University.

You should also READ  Rwanda locates genocide grave that could contain up to 30,000 bodies

Beyond the thousands of deaths, the pandemic has shut down daily life for billions and wreaked havoc on financial markets and the world economy.

Italy and Spain saw their death tolls climb by more than 800 each on Monday, but the WHO’s emergency chief said cases there were “potentially stabilizing.” Italy’s death toll rose to nearly 11,600 — the highest in the world by far — but its rates of new infections were slowing.

In New York, the epicenter of the American outbreak, Cuomo and health officials warned that the crisis unfolding there is just a preview of what other U.S. cities and towns will soon face. New York state’s death toll climbed by more than 250 people in a day to over 1,200, most of them in the city.