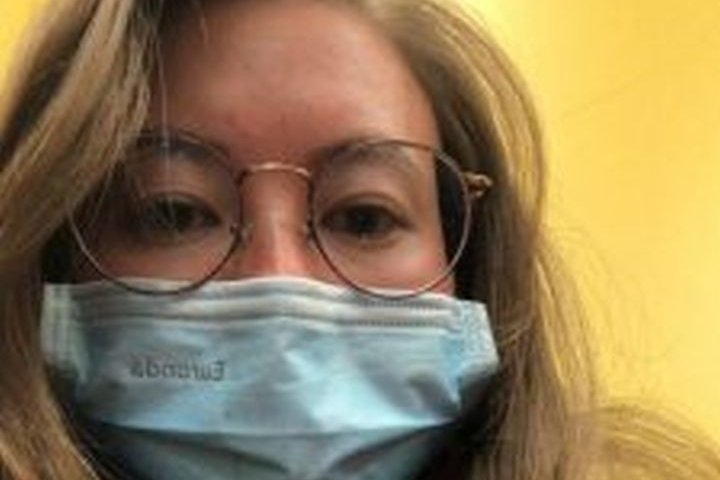 A Calgary woman is thankful to be back home after being diagnosed with COVID-19 and living through a nationwide lockdown in Spain.

Carmen Lee, 23, was working as an au pair in Barcelona and diagnosed with COVID-19 on March 13. She returned to Calgary on March 25.

She said her symptoms started with a bad cough, a fever and lung discomfort.

“Breathing wasn’t comfortable,” Lee said from her parents’ home in Calgary. “Every time I was breathing in, I felt like I wanted to cough because my lungs were very irritated.

Lee ended up self-isolating in aroom in a house she shared with a local family for 14 days.

During that time, Spain declared a nationwide lockdown.

Spanish health authorities said Wednesday that the total number of deaths in that country had reached 9,035 since the start of the outbreak.

“One day… life was normal, and then within three days people weren’t allowed to leave their homes anymore, and it was a really big shock I think for the entire country.”

Lee said it was a shock when she finally left her room to leave for the airport because she had been stuck inside for the past two weeks.

You should also READ  Coronavirus: China reports no new local cases outside of Hubei for 3rd day straight

“It wasn’t until I left to go to the airport that I truly saw how eerie and desolate the entire city of Barcelona had become,” she said. “No people, no cars — it was a scary scene.”

COVID 19 lockdown: Is it a case of illegal necessity, or unconstitutional imperative?