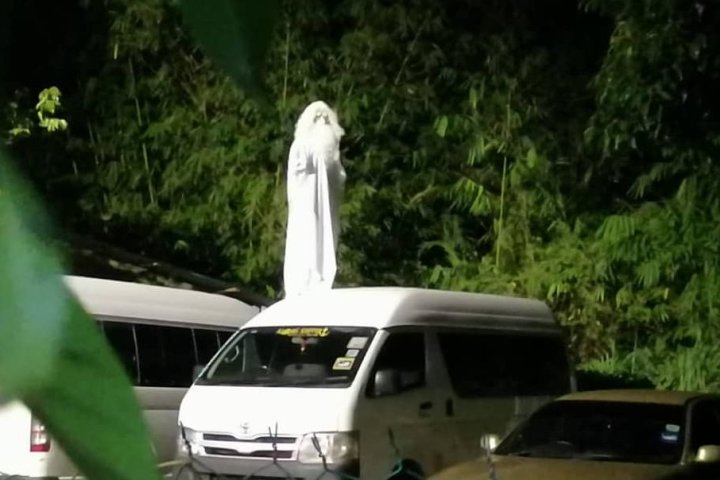 If the novel coronavirus doesn’t get you in Malaysia, the ghost will.

A Malaysian man is moonlighting as a ghost during the COVID-19 lockdown in Terengganu in an effort to scare superstitious citizens into obeying government orders to stay indoors.

Muhammad Urabil Alias, 38, says the whole thing started as a prank to keep teenagers from breaking the lockdown, but it’s taken on a life of its own since a photo of him in costume went viral.

The image shows Urabil dressed in a long, flowing white robe with fake white hair and a long white beard. The costume is meant to make him look like a Malaysian ghost known as a “pontianak,” although he also resembles pop-culture representations of God.

He added that his wife took the original photos of him in the costume, which he’s owned for years.

The photo earned Urabil thousands of reactions online and an unexpected visit from local police.

“I thought that the men in blue, dressed in their full police gear, had wanted to arrest me,” Urabil told the New Straits Times.

But the police weren’t there to arrest him. Instead, they thanked him and asked him to don the costume again.

Urabil complied and met the officers outside, where he posed for a second set of photos with police.

“Before, this ghost was scaring people,” Urabil wrote on Facebook. “Today, this ghost is scared.”

Urabil says the stunt appears to have worked on people in his neighbourhood, as he hasn’t seen nearly as many teenagers outside.