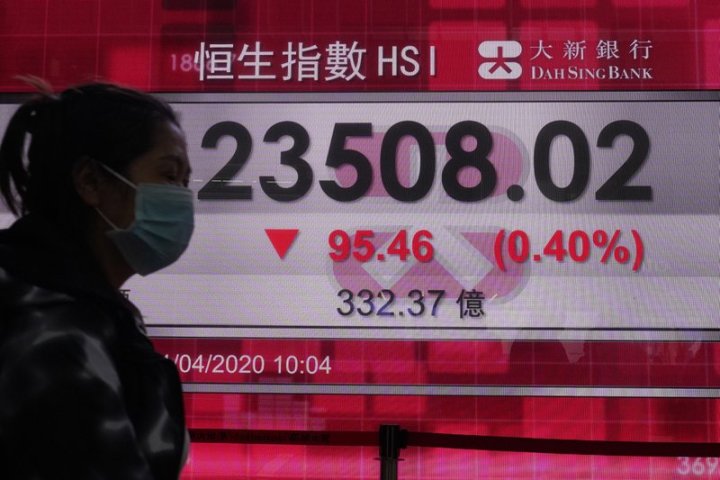 Global shares skidded Wednesday as reports of rising numbers of coronavirus cases deepened the gloom over the likely impact on the world economy.

The Bank of Japan’s quarterly survey, or “tankan,” showed sentiment among Japan’s large manufacturers fell in the January-March period, marking the fifth straight quarter of decline, according to the central bank. The tankan measures corporate sentiment by subtracting the number of companies saying business conditions are negative from those responding they are positive.

The key index, which measures sentiment among large manufacturers, fell to minus 8 from zero in October-December, the worst result in seven years. Sentiment among non-manufacturers was also dismal as the service sector, tourism and other businesses have also been hit hard by the outbreak.

You should also READ  Coronavirus: France’s PM announces closure of most buildings such as shops, restaurants

On Wall Street overnight, stocks plunged, closing out their worst quarter since late 2008, when the S&P 500 lost 22.6 per cent.

The surge of coronavirus cases around the world has sent markets to breathtaking drops since mid-February, undercutting what had been a good start to the year. The virus outbreak abruptly put the clamps on the economy. Benchmark U.S. crude oil dropped by roughly two thirds in January-March amid expectations for weaker demand.

With the number of infections still rising in most regions, “If anything, the worst is yet to come, and some of the world’s largest emerging markets are still to feel the full onslaught of COVID-19,” said Jeffrey Halley, senior market analyst with Oanda.