U.S. not moving ahead with plan to send soldiers to Canadian border: Trudeau 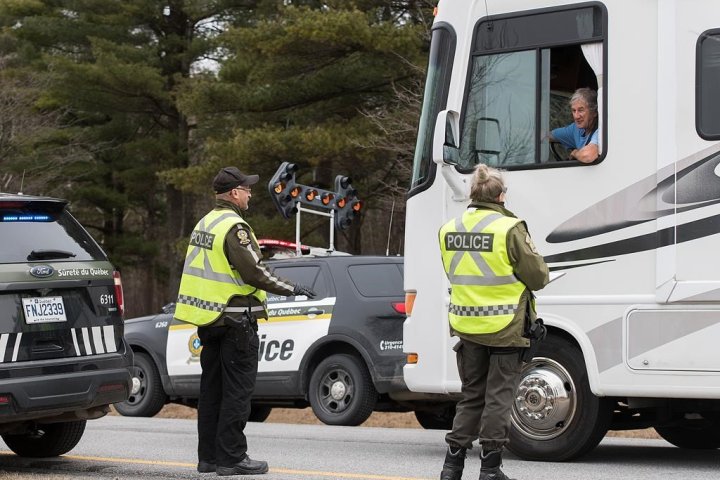 Prime Minister Justin Trudeau says the United States appears to have backed off on its plan to send soldiers to the Canada-U.S. border.

The U.S. Department of Homeland Security had been floating the idea to help U.S. Customs and Border Protection officials keep migrants from crossing the border between official entry points, ostensibly to limit the possible spread of COVID-19.

But Trudeau’s equivocal language Wednesday suggests the idea might not be off the table.

“The ongoing conversations we have with the American administration continue on a broad range of subjects, and we have heard that that is not something they are continuing to pursue,” the prime minister said.

“But we will, of course, continue to engage with the American administration as new situations come up and as things develop.”

Global News was the first to report on this plan, which sources said was aimed at helping guards at the Canada-U.S. border detect irregular crossers.

The prospect of U.S. soldiers along the world’s longest un-militarized border had prompted strong opposition from the Prime Minister’s Office and diplomatically pointed language from Deputy Prime Minister Chrystia Freeland.

Freeland had said such a move would be damaging to Canada’s relationship with the United States.

“Canada is strongly opposed to this U.S. proposal and we have made that opposition very, very clear to our American counterparts,”she said last week. “We really don’t think this is the right way to treat a trusted friend and military ally.”

Trump administration officials never publicly confirmed they were entertaining the idea — nor have they ever ruled it out.

The administration is “considering every option,” they said at the time. “The risk of further spread of the virus is too high not to respond in an appropriate and measured way.”