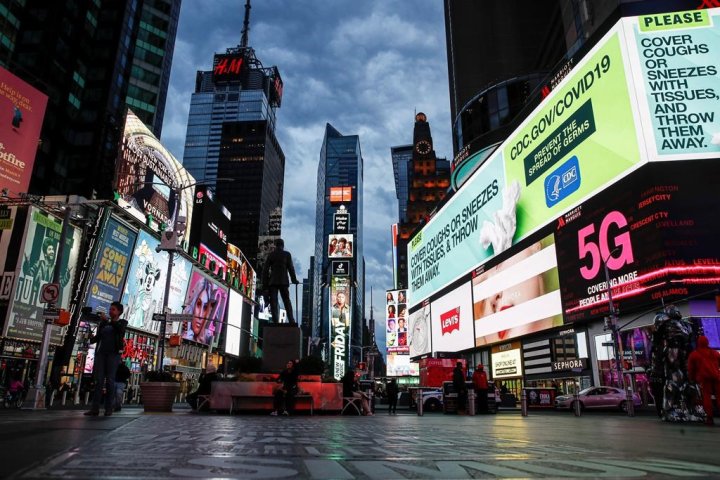 ALBANY, N.Y. — New York Gov. Andrew Cuomo warned Thursday that the state’s supply of breathing machines could be exhausted in six days. The number of New Yorkers killed by COVID-19 soared again, to 2,373.

While New York City remained a hotspot, there were troublesome trends in other regions as the outbreak spread to every county. Unemployment filings skyrocketed too, as the pandemic wreaked havoc on the economy.

The latest developments in New York:

Cuomo warned New York could be six days away from exhausting its supply of ventilators as the statewide death count took its largest daily jump yet, from 1,941 to 2,373.

The breathing machines have become the crucial piece of equipment sought by state and city officials as hundreds of patients a day are admitted to intensive care units.

The state just released 400 ventilators to New York City and another 200 in the suburbs. But the governor saw problems ahead unless there’s a slowdown in demand.

“At the current burn rate, we have about six days of ventilators in our stockpile,” the governor said at a briefing at the Capitol.

If supplies run short, the state is ready to use anesthesia and converted BiPAP machines, usually used to treat sleep apnea, or put more than one patient on a single ventilator. Officials are also prepared to shift machines from upstate to the New York City area, where needs are urgent.

More than 92,000 state residents have tested positive for the coronavirus. The true number is likely much higher because officials have rationed tests and encouraged all but the most seriously ill people not to seek treatment and instead ride it out at home.

Deaths and hospitalizations in New York continue to increase at an alarming pace as the outbreak moves closer to its projected peak this month. There were 432 deaths reported in the past 24 hours.

There were over 13,300 people hospitalized statewide Thursday, with about 3,400 in intensive care.