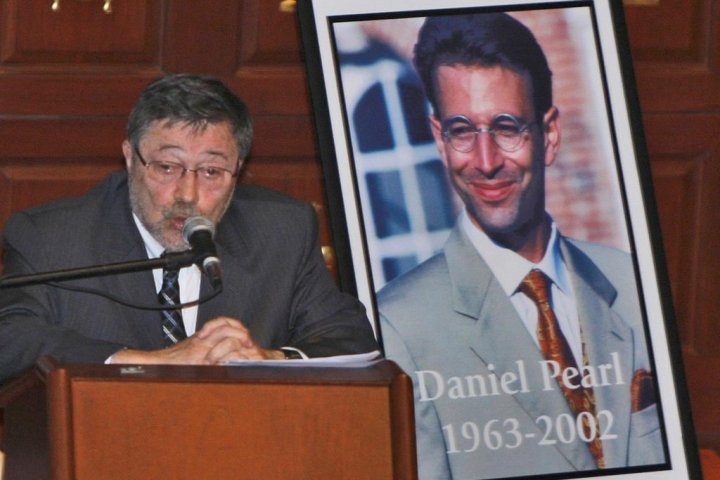 A Pakistani court on Thursday commuted the death sentence of the main person accused in the 2002 kidnapping and murder of Wall Street Journal reporter Daniel Pearl, and acquitted three other co-accused in the matter.

All four had been convicted in connection with Pearl‘s kidnapping and murder, including British-born Ahmed Omar Saeed Sheikh, who was sentenced to death in 2002 for masterminding the murder. He has been in jail for 18 years awaiting the outcome of an appeal.

Pearl, 38, was investigating Islamist militants in Karachi after the Sept. 11, 2001, attacks on the United States when he was kidnapped in January 2002. His case grabbed headlines globally, after a video of his beheading emerged weeks after Pearl was abducted.

“No evidence has been brought on record by the prosecution to link any of the appellants to the murder of Pearl and as such all the appellants are acquitted of murder,” said a two-member bench of the Sindh High Court, in a ruling seen by Reuters.

The court also acquitted all four of charges of kidnapping the American for ransom too, and found Sheikh guilty only on the charge of abduction.

Sheik was sentenced to seven years on the abduction charge, but he is expected to be freed soon given time already served.

“Omar has already served 18 years, so his release orders will be issued sometime today. He will be out in a few days,” Khawaja Naveed, a defense lawyer in the case, told Reuters.

You should also READ  Cancelling the Olympics due to coronavirus ‘not on the agenda,’ says IOC president

A senior Pakistani government law officer told Reuters via phone that the state would appeal against the Sindh High Court’s verdict.

The U.S. Embassy in Islamabad declined to comment on the ruling and referred queries to the U.S. State Department.

The convictions in Pearl‘s murder case had been brought into question after another defendant, Khalid Sheikh Mohammed, one of the alleged masterminds of the Sept. 11 attacks, told a U.S. military tribunal in 2007 that he beheaded Pearl.

In a statement, the Wall Street Journal said it continues to seek justice for the murder of Pearl.