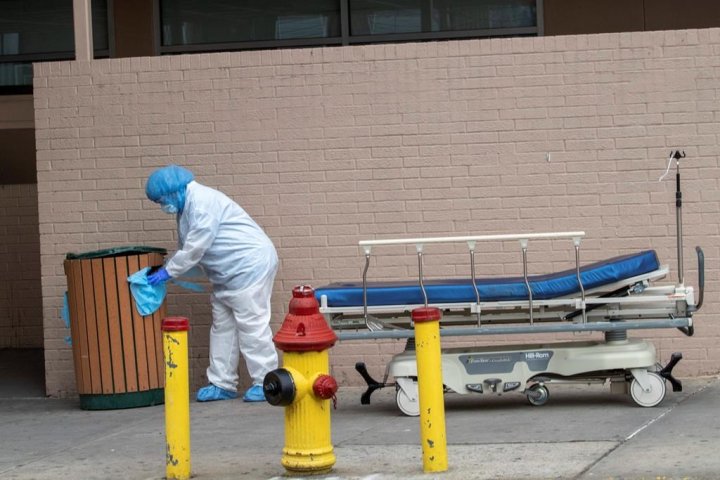 The outbreak of COVID-19, the disease caused by a novel coronavirus, hit a grim milestone Thursday afternoon: there have now been more than one million cases worldwide.

Hardest-hit so far is the United States, according to numbers compiled by researchers at Johns Hopkins University. The U.S. had 236,339 confirmed cases late Thursday, around twice as many as the next-highest country, Italy.

Worldwide, more than 51,000 people have died of COVID-19, according to the Johns Hopkins data.

The outbreak, which began in China at the end of 2019, has since spread to nearly every country on the planet. While China was the hardest-hit country at first, particularly the province of Hubei and city of Wuhan, the disease spread at first to neighbouring countries.

Then, with the help of international travel, cases began to appear all over the world, eventually taking hold in many locations.

While the World Health Organization declared the virus a public health emergency of international concern in late January, the organization didn’t call the outbreak a “pandemic” until March 11, long after other disease experts had been saying that it met that definition.

On Friday, March 27, the U.S. officially marked more confirmed cases of COVID-19 than China. Over the next few days, so did Italy and Spain.

Many countries, including Canada, have imposed restrictions on travel and the ability of their citizens to move around in cities, including closing businesses and requiring that people only go out when essential — in some cases imposing fines.

But the WHO and other health experts have warned that physical isolation can’t be the only tool used to fight COVID-19. Testing and case tracking are important elements as well.