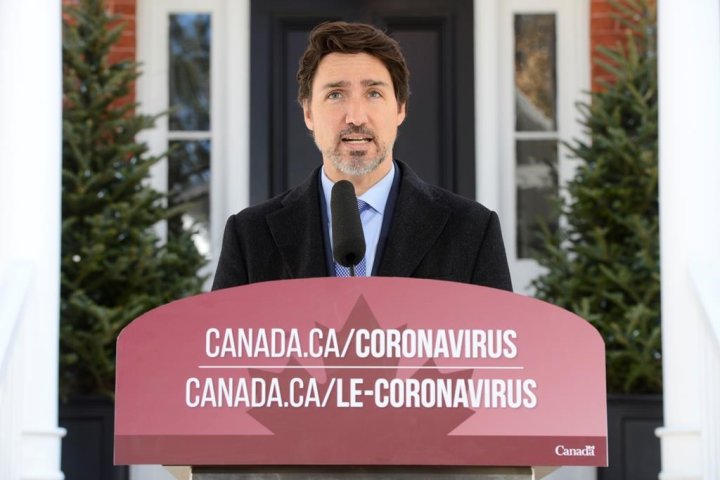 On Thursday, Prime Minister Justin Trudeau did not answer a question about whether Canadian leaders have received the same intelligence assessment reportedly given to the United States government that China has been intentionally concealing the extent of its coronavirus outbreak.

Bloomberg News reported Wednesday that American intelligence officials told the White House in a classified report that China has been under-reporting infection and death statistics related to COVID-19, the disease caused by the virus.

At a press briefing, Trudeau was asked if Canada had received similar intelligence and whether China’s reporting should be trusted.

“Obviously, there will be many questions as this is worked through in the coming months — what country did what, how they managed (the COVID-19 pandemic) and if some countries were not honest with the global community,” Trudeau said. “This will be important to know.”

Hajdu maintained that Canada relies on the World Health Organization.

“There is no indication that the data that came out of China in terms of their infection rate and their death rate was falsified in any way,” she said.

But Conservative Leader Andrew Scheer said Wednesday the Canadian government needs to push China “to be open and transparent.”

“I view anything coming out of a government that is autocratic, that does not have robust and open transparency measures … with a great deal of suspicion and skepticism,” he said.

Intelligence agencies in North America have viewed China’s reporting on COVID-19 with deep suspicion and are believed to have warned leaders in the United States months ago to prepare for a much greater threat than China’s data indicated, some experts told Global News. The experts said Canada’s intelligence agencies are partners with the lead U.S. agency on the COVID-19 file, the National Center for Medical Intelligence (NCMI).

Questions remain, though, about the scale of the alleged misreporting from China and how early the White House was warned of these intelligence assessments. However, U.S. government leaders stated this week that missing data from China caused other governments to underestimate the threat of the pandemic.