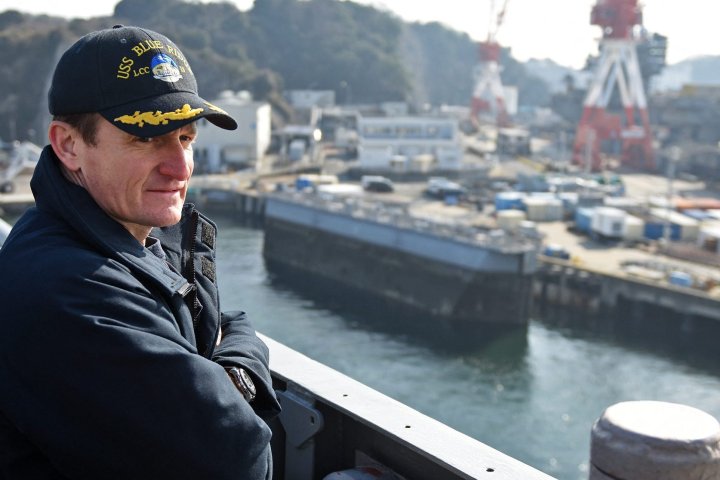 U.S. navy Capt. Brett Crozier received a stirring tribute from the crew of the USS Theodore Roosevelt on Thursday after he was stripped of his command for publicly raising concerns about a coronavirus outbreak aboard the aircraft carrier.

Nearly 5,000 sailors flooded the decks to applaud Crozier and chant his name as he left the ship late Thursday in a raucous moment caught on video.

Crozier was relieved of his duties after a memo to superiors that warned of a growing COVID-19 outbreak among his crew was leaked to the public. Crozier had asked for permission to isolate most of his crew members on shore and take the aircraft carrier out of service in order to save lives.

“We are not at war. Sailors do not need to die,” he wrote in the memo, which was published by the San Francisco Chronicle. “If we do not act now, we are failing to properly take care of our most trusted asset, our sailors.”

Crozier was fired for creating a panic with the memo and demonstrating “extremely poor judgment” during a crisis, according to Acting Navy Secretary Thomas Modly. He said Crozier had allowed “emotion” to affect his judgment and that he should have kept the memo within the chain of command.

“We do, and we should, expect more from the commanding officers of our aircraft carriers,” he said.

As of Thursday, the navy said 31 per cent of the ship’s crew had been tested for the virus while the ship remained docked in Guam. A total of 114 tested positive, while another 180 tested negative.

The navy has said the ship will keep enough sailors on board to sustain essential services while testing continues.

“Generally speaking, we have to keep these ships ready just in case they’re needed,” Modly said.