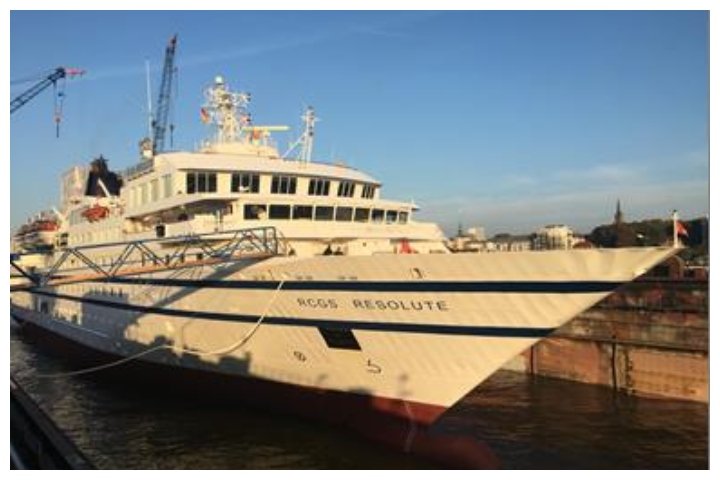 Don’t bring a cruise ship to a navy battle — unless you’re fighting Venezuela.

A Venezuelan navy patrol boat is now sitting on the bottom of the Caribbean Sea after losing a bizarre encounter with an unarmed cruise ship, in what has turned into a high-seas game of finger-pointing.

The Venezuelan warship, called the Naiguata, intercepted the RCGS Resolute off the coast of Venezuela shortly after midnight on March 30, according to statements from both parties.

The Naiguata ordered the Resolute to change its course, leading to a tense stand-off between the two ships’ crews over whether they were in international or Venezuelan waters.

According to Columbia Cruise Services, staff on the Resolute were trying to inform their head office of the encounter when the Venezuelans opened fire with guns.

“Shortly thereafter, the navy vessel approached the starboard side … and purposely collided with the RCGS Resolute,” the Germany-based company said in a statement.

“The navy vessel continued to ram the starboard bow in an apparent attempt to turn the ship’s head towards Venezuelan territorial waters,” Columbia Cruise Services said.

Vladimir Padrino López, Venezuela’s minister of defence, disputed that claim in a statement, saying that the cruise ship actually rammed the patrol boat and “caused its sinking” in Venezuelan waters.

It’s unclear who actually rammed whom, but it’s very clear that the Resolute lived up to its name.

The 122 metre-long ship was built and armoured for cruising through icy waters, and it suffered only minor damage in the collision, according to the cruise line company.

However, the Naiguata was “severely damaged” and started taking on water after colliding with the larger ship’s hull.

The cruise company claims the Resolute stayed in place for an hour while crew of the Naiguata ignored all offers of help. Venezuela disputed that claim in a separate statement, calling the cruise ship’s crew “cowardly and criminal” for allegedly failing to help.