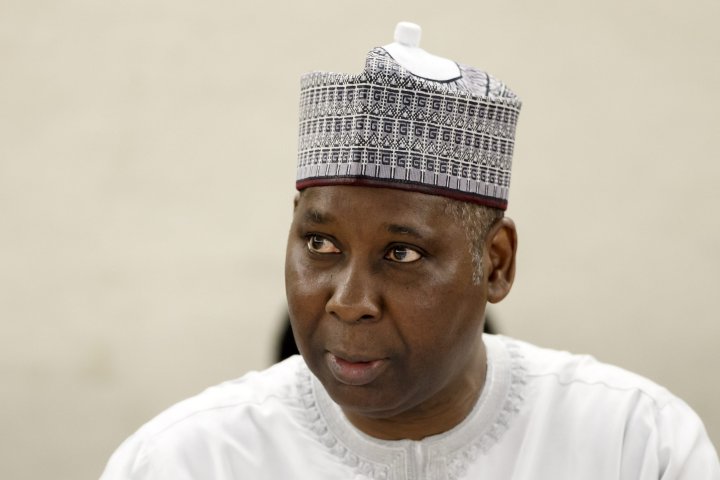 The president of the U.N. General Assembly says the 193-member world body will take a decision in the coming month on whether to delay the annual gathering of world leaders in New York in late September because of the coronavirus pandemic.

Tijjani Muhammad-Bande said in an interview with The Associated Press that “this is not something that has so far been an issue of serious consultation,” and for now the calendar of events remains. It calls for the General Debate — the official name of the high-level meeting — to open on Sept. 22, with a kickoff event for world leaders the previous day to commemorate the 75th anniversary of the United Nations.

The former Nigerian ambassador said “in the coming month we’ll take a decision through the normal means,” which means consulting all U.N. member states.

The United Nations has cancelled or postponed numerous upcoming events including the five-year review of the Nuclear Nonproliferation Treaty that had been scheduled to start in late April, and two major events in Mexico City in May and Paris in July to commemorate the 25th anniversary of the Beijing women’s conference, which adopted a 150-page roadmap to achieve gender equality.

Muhammad-Bande announced the postponement Friday of several meetings of the General Assembly scheduled in the next two months including the commemoration of the 75th anniversary of the end of World War II on May 6.

“The current situation might have pushed us to postpone events celebrating the 75th anniversary (of World War II) but it illustrates, maybe more than anything else, the absolute need for the U.N. to guide the global efforts and provide much needed support to defeat our common threat,” he said.

“The U.N., since its creation, has given a sense of hope to many people in very difficult situations,” Muhammad-Bande said. “The very existence of this organization has the same effect now during a time in which a lot of people go through fear and anxiety.”

He said “everything is secondary to COVID right now.”

But Muhammad-Bande stressed that other issues are still being discussed in the assembly’s committees, which are meeting by video conference.

READ MORE: ‘A sinking feeling’ — Canadian experts on when coronavirus first felt like a serious risk