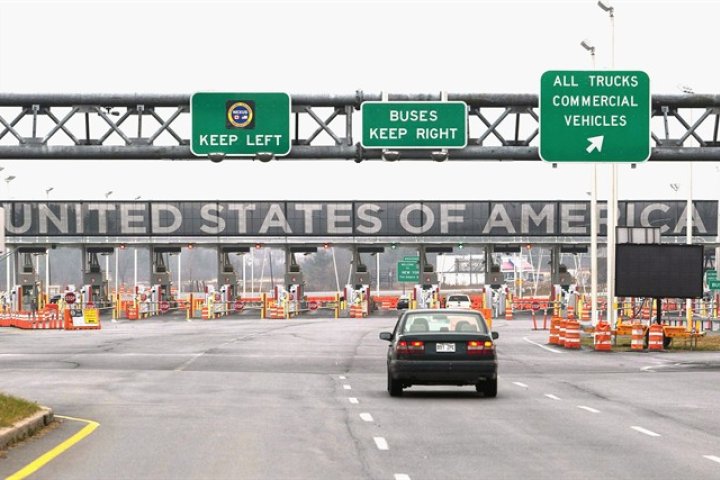 When the mayor of a village in southern Alberta stares across the border, he sees family and friends who just happen to call Montana home.

The port of entry between Coutts, Alta., and Sweet Grass, Mont., is one of the busiest on the Canada-United States border, an important crossing on a trade route starting in Mexico.

“We are basically twin communities,” says Jim Willett. “The people of the two communities grew up on both sides of the border.”

In similar communities across the country, the relationship with their American neighbours drastically changed when the border closed to most travellers last month to help fight the spread of COVID-19. It’s the first such closure since Confederation in 1867.

It is still open to people and businesses providing essential services.

The economy in many border communities is inherently linked to traffic between the two countries that brings people into cafes, gas stations and grocery stores. It also employs border agents, duty-free staff and brokers.

As the global pandemic worsens south of the border, the crossings that tie communities on either side together are starting to represent fear.

From his front porch, Willett watches streams of semi-trailers pass by. The transport trucks are allowed to cross as they are deemed an essential service, so the economy hasn’t been hit hard yet. But Willett says there’s concern for people who do business on both sides of the border if it stays closed for too long.

There are also health worries. A significant portion of the 245 people who call Coutts home are older than 55, so some people are afraid when they see faces they don’t know in town.

“It’s that tenseness that is in the air all the time that is different. We would like that to go away but we know it’s not going to for awhile.”

In Amherstburg, Ont., many people are still crossing the border to work in Detroit as health-care providers. That has put leaders in the community, which is only a short drive from the Windsor-Detroit border crossing, in a difficult position. Some positive cases of the novel coronavirus have been linked to the workers.

“They are literally trying to save lives but … they are exposing themselves to the virus and quite possibly bringing it back,” says Aldo DiCarlo, the town’s mayor.