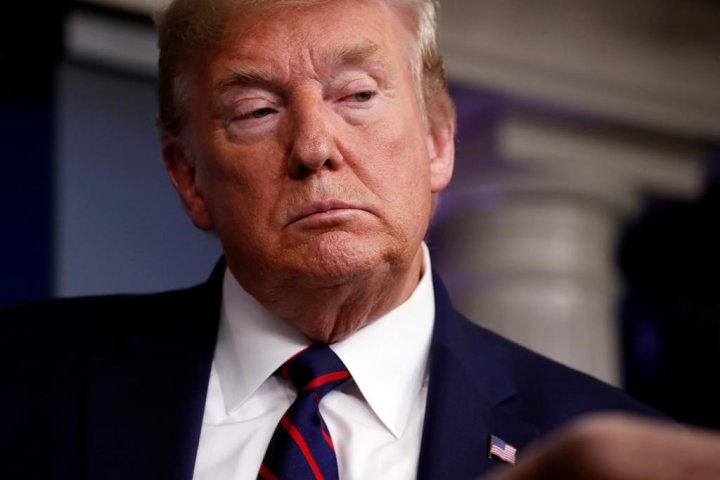 The coronavirus is projected to kill more than 100,000 Americans. It has effectively shuttered the economy, torpedoed the stock market and rewritten the rules of what used to be called normal life.

But in this moment of upheaval, Trump and his advisers haven’t lost sight of the opportunity to advance his agenda.

A look at some of the president’s notable moves:

Trump has called on Congress to revive the tax deduction for business-related expenses on meals and entertainment, arguing it would help bolster high-end restaurants hammered by the outbreak.

Trump’s own tax law in 2017 sliced the tax rate for corporations from 35 per cent to 21 per cent and eliminated the deduction.

“This is a great time to bring it back,” Trump said of the resurrecting the tax break. “Otherwise a lot of these restaurants are going to have a hard time reopening,” he said at White House briefing Wednesday.

During a Rose Garden briefing last Sunday, Trump said he had spoken with celebrity chef Wolfgang Puck about the idea. Trump also name-checked prominent restaurateurs including Thomas Keller, Daniel Boulud, and Jean-Georges Vongerichten as he tried to make the case for reviving the deduction. Vongerichten is a tenant at the president’s Trump International Hotel and Tower in New York.

You should also READ  Coronavirus: Death toll rises to 145 in Iran as officials work to contain virus

“Congress must pass the old, and very strongly proven, deductibility by businesses on restaurants and entertainment,” Trump tweeted recently. “This will bring restaurants, and everything related, back – and stronger than ever. Move quickly, they will all be saved!”

Trump has repeatedly credited himself with moving in late January to bar entry from foreigners who had recently been in China.

The president later also ordered the temporary suspension of travel from much of Europe to the United States, and has largely closed the U.S. borders with Canada and Mexico.