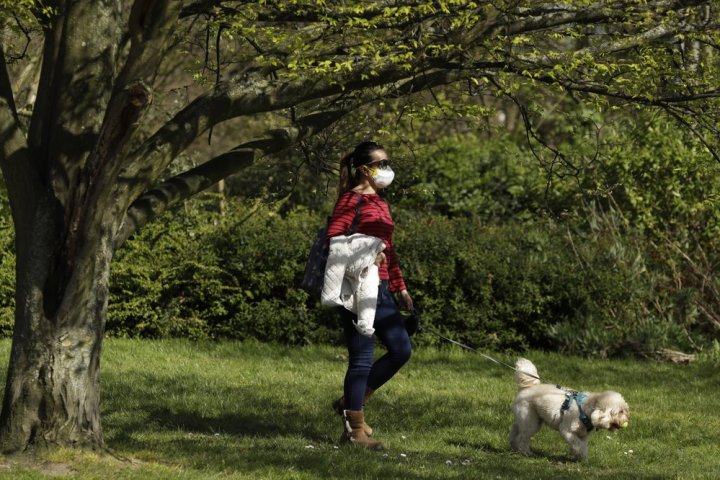 As warm, sunny weather beckoned across Europe, Queen Elizabeth II appealed to Britons on Sunday to exercise self-discipline in “an increasingly challenging time” as the country saw a record 24-hour jump in coronavirus deaths that even outpaced the daily toll in hard-hit Italy.

Britain recorded 708 new coronavirus deaths, bringing its overall toll to 4,313 as infections rose past 42,000, while Italy reported 631 deaths. Those coming down with the virus in the U.K. include Prime Minister Boris Johnson, the health secretary, England’s chief medical official and Prince Charles, heir to the British throne.

There are wide fears that Johnson’s Conservative government did not take the virus seriously enough at first and that lovely weather will tempt Britons and others to break social distancing rules.

In an address to the nation to be televised later Sunday, the 93-year-old queen said the coronavirus pandemic had caused enormous disruptions, bringing grief, financial difficulties and daunting challenges to everybody. It was only the fourth time since her reign began in 1953 that she has given such an address.

“I hope in the years to come everyone will be able to take pride in how they responded to this challenge,” she said in pre-released remarks.

The address was recorded at in the White Drawing Room at Windsor Castle, since it allowed enough space between the monarch and the camera person, who wore personal protective equipment.

You should also READ  Joe Biden wins Michigan, 3 other states to take command of Democratic race

The queen’s son, Charles, on Friday remotely opened a vast temporary hospital for corona patients in a London convention center after completing a week of isolation. Johnson as of Friday still had a fever but his infected pregnant fiancee, Carrie Symonds, tweeted she is “on the mend” after a week in bed.

As the sun shone and the temperatures rose toward 20 degrees Celsius (68 degrees Fahrenheit), Health Secretary Matt Hancock said sunbathing in public places was not allowed and the U.K. might even ban outdoor exercise if people still ’’flout the rules.″

“The vast majority of people are following the public health advice, which is absolutely critical, and staying at home,” Hancock told Sky’s Sophy Ridge on Sunday program. “But there are a small minority of people who are still not doing that — it’s quite unbelievable, frankly, to see that.”

Restrictions vary from country to country. In Germany and Britain, residents can get out to exercise and walk their dogs, as well as go to the supermarket, the post office and other essential tasks. Yet in Serbia and South Africa, dog walking is not allowed.

In France, heat-seeking drones have been whizzing over Fontainebleau forest to identify rule-breakers after the former royal estate in the Paris suburbs was closed to the public. That high-tech measure has been coupled with more traditional police patrols on horseback and roadblocks that turn back the cars of those seeking to escape urban areas.