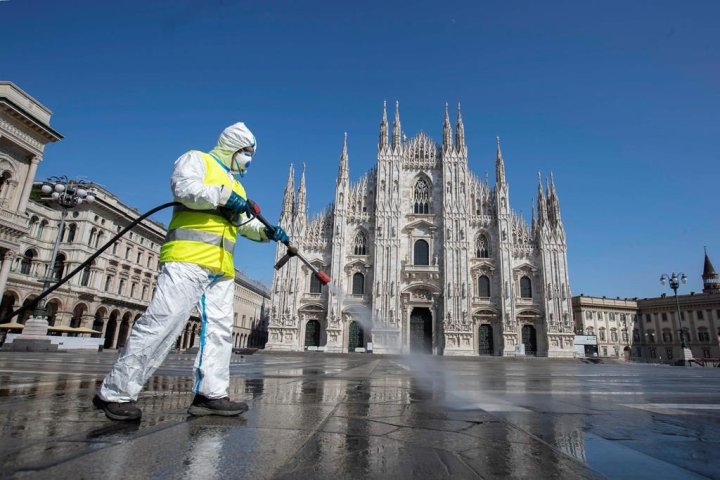 Europe saw further signs of hope in the coronavirus outbreak Sunday as Italy’s daily death toll was at its lowest in more than two weeks and its infection curve was finally on a downward slope. In Spain, new deaths dropped for the third straight day.

But the optimism was tempered by Britain’s jump in virus deaths that outpaced the daily toll in Italy.

Angelo Borrelli, the head of Italy’s Civil Protection agency on Sunday, said there were 525 deaths in the 24-hour period since Saturday evening. That’s the lowest such figure in the country since 427 deaths were registered on March 19.

A day shy of one month under a national lockdown that the Italian government ordered, the lower count of day-to-day deaths brought some encouragement.

The number of intensive care unit beds occupied by COVID-19 patients has also showed a decrease in the last few days, including in northern Lombardy, Italy’s most stricken region.

Borrelli also noted with a measure of satisfaction that the number of those hospitalized but not in ICU beds also has decreased.

“The curve, which had been plateauing for days, is starting to descend,″ national health official Silvio Brusaferro told reporters, referring to graphs indicating daily numbers of confirmed cases.

But Borrelli warned: “This good news shouldn’t make us drop our guard.”

For days, anticipating a possible downward slope in the curve, government and health authorities in Italy have cautioned that restrictions on movement would likely last in some form for weeks.