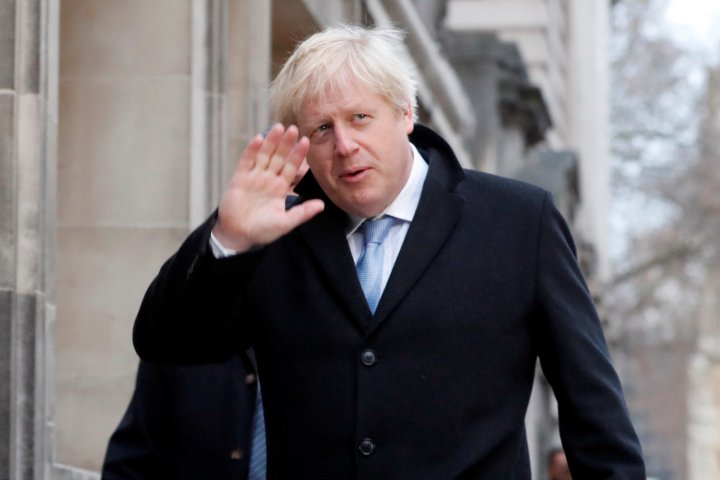 Britain’s constitution offers no clear answer to the question now on many Britons’ minds: what happens if Prime Minister Boris Johnson, undergoing tests in hospital after persistent symptoms of coronavirus, cannot continue to lead.

Johnson was admitted to hospital on Sunday in what his office said was a “precautionary step” after testing positive 10 days ago and still suffering from a high temperature. He remains in charge of the government, his office said.

Johnson has said he can keep working from self-isolation in his Downing Street residence, just as his health secretary, Matt Hancock, who also tested positive for the virus, has done.

But the fact that two such crucial leaders in the UK’s fight against the pandemic have contracted the disease has raised questions about how the government would function without them at a time of global crisis.

The constitution — an unwieldy collection of sometimes ancient and contradictory precedents — offers no clear, formal “Plan B” or succession scenario, experts said.

“We’ve not been in that kind of situation, we’ve not had to think about it from that point of view before,” Catherine Haddon, a senior fellow at the Institute for Government, told Reuters soon after Johnson was first diagnosed.

Whereas in the United States the vice president steps up if the president dies or becomes incapacitated, Britain has no formal deputy or caretaker prime minister who would take over.

Downing Street has already said, however, that Foreign Secretary Dominic Raab would deputize if necessary.

Nor is there any guidance for such circumstances in the Cabinet Manual which sets out the rules and conventions for the running of government, and there is little precedence.

In June 1953, then-Prime Minister Winston Churchill suffered a stroke while in office. His illness was kept so secret that some senior ministers were unaware.

New York state’s coronavirus death toll nears 4,200, but hope may be in sight