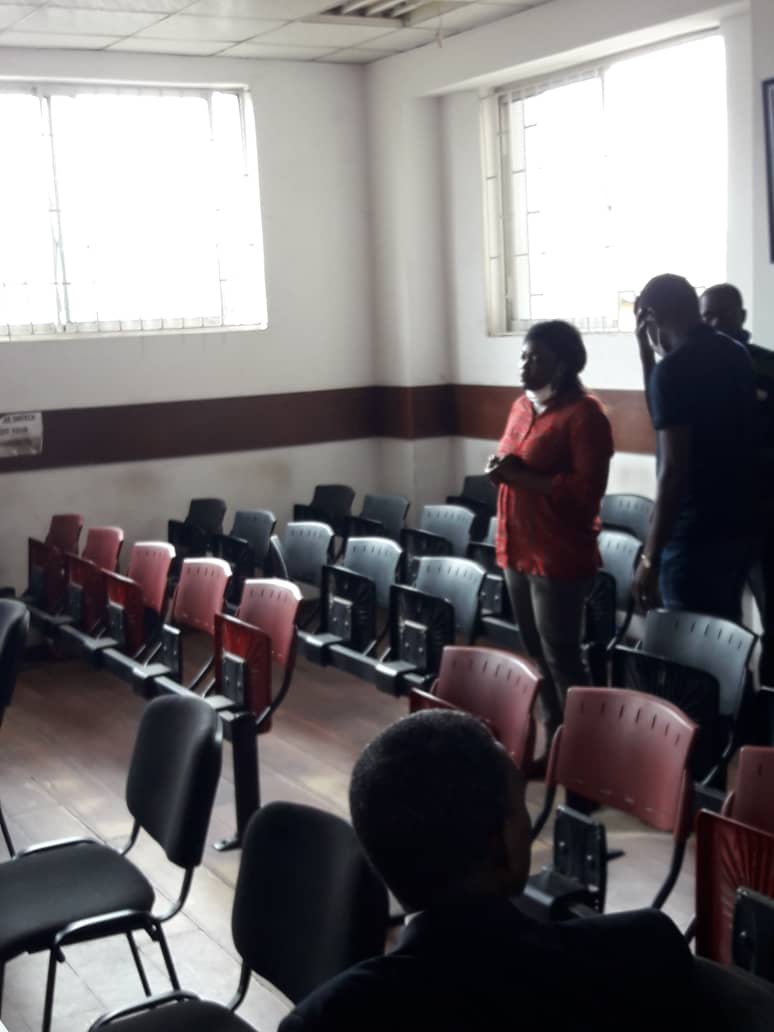 An Ogba Chief Magistrate Court on Monday sentenced popular actor, Funke Akindele, and her husband, Abdul Raheed Bello to a 14 days community service, fine of N100,000 naira each, after which they will observe a period of isolation.

The celebrity couple pleaded guilty to the one count charge.

In her judgment, CM Ajunwa stated: “The defendants shall pay a fine of N100,000 within three days from today. They are to serve community service for a period of 14-days for three hours from 9am-12pm daily excluding Saturday and Sunday, the community service shall be done in any public place in Lagos;

“The defendants shall be made to visit 10 important public places in Lagos State to generate awareness of the COVID-19 pandemic and the consequences of non-compliance with the laws created to curb the spread of the disease;

“Each defendant shall provide the names, addresses and GSM numbers of every person who attended the party within 24-hours;

“In order to ensure that COVID-19 does not spread, the defendants shall be immediately held in isolation for 14-days in a place only known to the Lagos State Ministry of Health,”

The magistrate stongly condemned the action of the defendants, saying their sentence will serve as deterence to others.

She said: “The gathering was a reckless and irresponsible act. When thousands have died or have been infected and the whole world is mourning it is callous for an individual to throw such a huge party.

“While governments are paying millions to flatten the curve the two defendants were strengthening the curve by throwing a party.

“Have the two defendants lived up to the expectations of the public and teeming youths that look up to them? the answer is no”.

The Chief Magistrate noted that the defendants had no prior criminal record and had looked remorseful and after the sentence the general public will be put on notice of the consequences of flouting the social distancing directives.

The one count charge preferred against the defendants stated that “the defendants gathered with over 20 persons at the residence contrary to Regulation 8(1)(a) and (b) which is punishable under Section 58 of the Public Health Laws of Lagos State 2015.

Addresing the court after the charge was read, Onigbanjo said that the couple held a birthday party at their residence in which several persons attended.

“This is contrary to the social distancing directives contained in the regulations issued by the Governor of Lagos State pursuant to the Infectious Diseases Act.

You should also READ  Abba Kyari dies of COVID-19

“Particularly, the defendants flouted Regulations 8(1)(a)(b) and 17(1)(I) of the Lagos State Emergency Regulations 2020.

“My lord, the defendants offences is punishable under Section 58 Public Health Laws of Lagos State 2015.

“The defendants having plead guilty, I urge the court to convict them accordingly,” the Lagos State A-G said.

Alagbada in his allocutus (plea for mercy) said that the couple are first time offenders and very decent members of the Lagos society.

“They have two young children who need the attention of their parents and one of them is very ill.

“The first defendant (Akindele-Bello) is an ambassador of Lagos State, she advocates that people should pay their taxes and she uses her talent to advance the cause of the state, she used to do it and with continue to do it.

“I urge my lord to consider this relationship which will continue after now and I hope my lord will play a role in ensuring the relationship between the first defendant and Lagos State continues,” he said.

A viral video had shown her husband dancing at his birthday party at the couple’s home in Amen Estate in Lekki on Saturday.