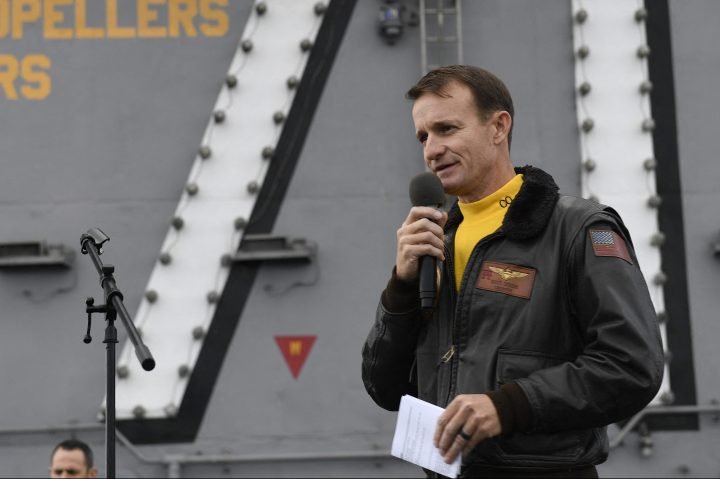 Capt. Brett Crozier, the U.S. navy commander fired for publicly demanding help with a coronavirus outbreak among his crew on the USS Theodore Roosevelt aircraft carrier, has tested positive for COVID-19, according to two close friends.

Crozier started showing symptoms of the disease last week, around the time that his fiery memo to superiors appeared in the San Francisco Chronicle, two of his Naval Academy classmates told the New York Times. The U.S. Navy has not confirmed the diagnosis.

In the memo, Crozier urged his bosses to take the aircraft carrier out of service so that the coronavirus wouldn’t run rampant through his crew of 5,000 sailors. The ship has remained operational while docked in Guam, although more than 150 sailors have been removed from the ship and quarantined after testing positive for the virus.

“We are not at war. Sailors do not need to die,” Crozier wrote in his memo last week. “If we do not act now, we are failing to properly take care of our most trusted asset, our sailors.”

The U.S. navy removed Crozier from his command on Thursday and launched an investigation to determine his future.

However, Crozier’s sailors were clearly behind him when he left the ship on Thursday evening. Thousands of them lined the decks of the USS Roosevelt to give him a rousing goodbye. They called him a hero and chanted: “Captain Crozier! Captain Crozier!”

Crozier walked off the vessel, turned, saluted, waved and got into a waiting car.

The incident has sparked a partisan battle and a broader debate about the U.S. navy’s handling of the pandemic.

“Our captain did what he could to protect us and our health,” a sailor onboard the carrier told Reuters, speaking on condition of anonymity.

“We are really disappointed in how they handled it and we want our captain back.”