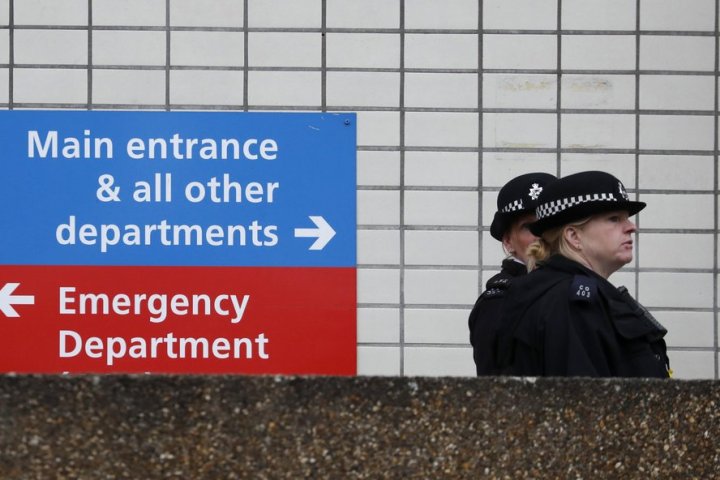 The United States and Britain braced for one of their darkest weeks in living memory on Monday as the social and financial toll of the coronavirus pandemic deepened. Italy, Spain and France saw signs that they are flattening the pandemic curve, but still reported hundreds of people dying each day.

British Prime Minister Boris Johnson, who was infected last month, was hospitalized overnight in what his office described as a “precautionary step,” after persistent symptoms. The 55-year-old Conservative leader, who has had a fever for days, is the first known head of government to fall ill with the disease.

He remained in charge of the government and was awaiting test results Monday.

“(I’m) sure this is very frustrating for him … (but) nonetheless he’s still very much in charge,” Housing and Communities Secretary Robert Jenrick told the BBC. Still, Jenrick did not rule out a more prolonged stay in the hospital for Johnson.

Some hard-hit European areas were seeing glimmers of hope — deaths and new infections appeared to be slowing in Spain, Italy and France. Leaders cautioned, however, that any gains could easily be reversed if people did not continue to adhere to strict social distancing measures and national lockdowns.

“This is going to be our Pearl Harbor moment, our 9/11 moment,” he told “Fox News Sunday.”

More than 9,600 people have died of the virus in the United States, and it leads the world in confirmed infections at more than 337,000.

In New York City, the U.S. epicenter of the pandemic, daily confirmed deaths dropped slightly, along with intensive care admissions and the number of patients who needed breathing tubes inserted. But New York Gov. Andrew Cuomo warned it was “too early to tell” the significance of the new numbers.

U.S. President Donald Trump later suggested the hard weeks ahead could foretell the turning of a corner.