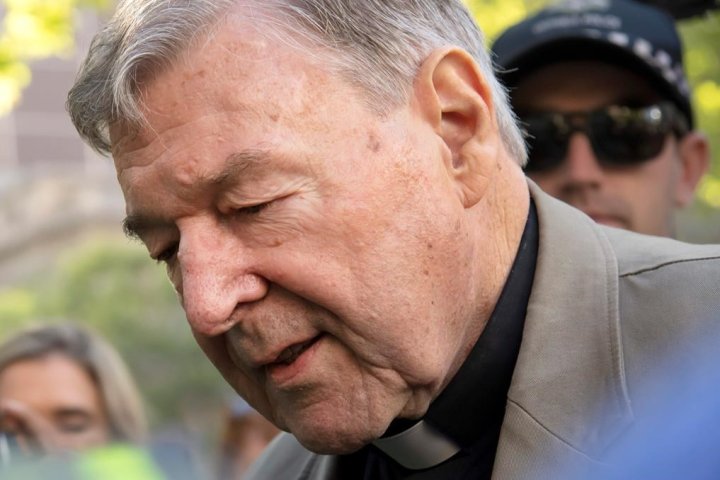 Australia’s highest court on Tuesday unanimously dismissed the convictions of the most senior Catholic found guilty of child sex abuse.

Cardinal George Pell soon will be released from Barwon Prison outside Melbourne after serving 13 months of a six-year sentence.

Pope Francis’ former finance minister was convicted by a Victoria state jury in 2018 of sexually abusing two 13-year-old choirboys in a back room of St. Patrick’s Cathedral in Melbourne in December 1996 while he was archbishop of Australia’s second-largest city.

Pell was also convicted of indecently assaulting one of the boys by painfully squeezing his genitals after a Mass in early 1997.

Pell was regarded as the Vatican’s third-highest ranking official when he voluntarily returned to Melbourne in July 2017 determined to clear his name of dozens of decades-old child abuse allegations.

All the charges were dropped by prosecutors or dismissed by courts in preliminary hearings over the years except the cathedral allegations.

Pell was tried on the charges twice in 2018, the first ending in a jury deadlock. He did not testify at either trial or at the subsequent appeals.

But the juries saw his emphatic denials in a police interview that was video recorded in a Rome airport hotel conference room in October 2016.

“The allegations involve vile and disgusting conduct contrary to everything I hold dear and contrary to the explicit teachings of the church which I have spent my life representing,” Pell read from a prepared statement.

He also pointed out that he had established a world-first compensation scheme for victims of clergy, the Melbourne Response.

Pell was largely convicted on the testimony of one of the choirboys, now in his 30s with a young family.