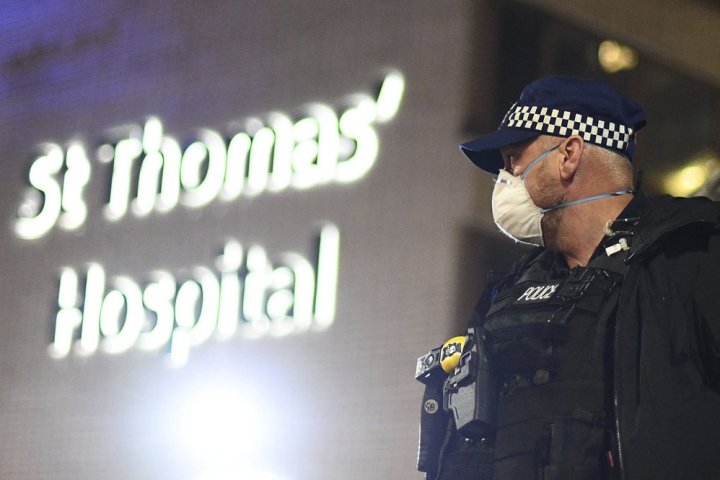 British Prime Minister Boris Johnson was in intensive care Tuesday fighting the coronavirus, while authorities in New York and elsewhere in Europe hoped that an apparent plateau of deaths and new hospitalizations signaled that key epicenters in the global pandemic had turned a corner.

The 55-year-old Johnson, the world’s first known head of government to fall ill with the virus, was conscious in a London hospital and needed oxygen overnight but was not on a ventilator, Cabinet minister Michael Gove said Tuesday. Britain’s foreign secretary, Dominic Raab, has been designated to take over with Johnson sidelined by an illness that can be debilitating even for those with access to the world’s best medical care.

Japan’s prime minister on Tuesday declared a monthlong state of emergency for Tokyo and six other prefectures after a spike in infections there but it came in the form of a stay-at-home request — not an order — and violators will not be penalized. Japan has the world’s oldest population, a worrying target for a virus that has been killing the elderly at much higher rates than other age groups.

In New York, Gov. Andrew Cuomo announced the first, faint signs the outbreak there may be nearing its peak but said it’s not time yet to relax social distancing restrictions.

You should also READ  U.S. will allow Chinese airlines to operate two round-trip flights per week

“The numbers look like it may be turning,” Cuomo said.

The state has averaged just under 600 deaths daily for the past four days. Though horrific, the somewhat steady daily totals were seen as a positive sign. Cuomo also reported that the number of new people entering New York hospitals daily has dropped, as has the number of critically ill patients needing ventilators. But he said the strains on the state’s health care workers were still at unsustainable levels.

The nation’s top infectious disease specialist, Dr. Anthony Fauci, was cautiously optimistic, saying that in New York, “what we have been doing has been working.”

China, the first country to go into lockdown and among the strictest, reported no new deaths over the past 24 hours for the first time since it began publishing statistics on the virus that emerged in December in the central city of Wuhan. Many infectious disease experts, however, have been skeptical of the figures coming out of China.

New coronavirus cases were also dropping in the European hotspots of Italy and Spain. In France, although daily deaths spiked to a record of 833, the rate of new intensive care hospitalizations has slowed dramatically.

The final travel restrictions on residents in Wuhan are due to be lifted Wednesday and Denmark said it planned to reopen schools next week for students up to age 11 — a development that feels impossibly distant elsewhere in the world.