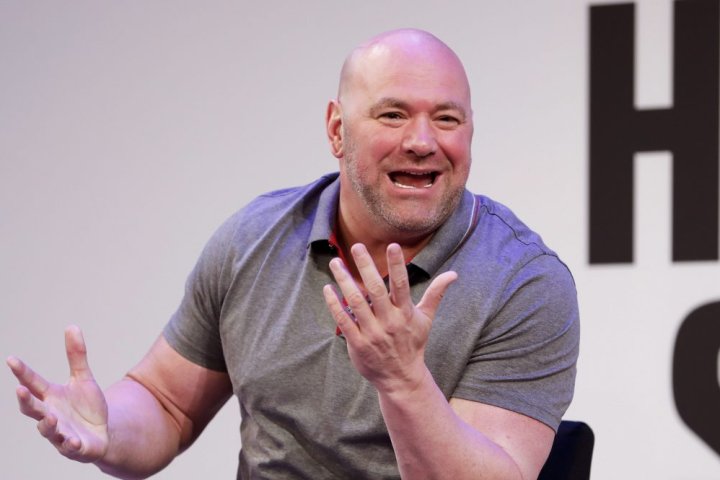 Dana White, president of the Ultimate Fighting Championship, says he will continue holding fights through the coronavirus pandemic — even if he has to do so on a private island where health officials can’t shut him down.

The UFC boss says he’s got a creative solution up his sleeve for UFC 249, which was originally slated to be held in New York City on April 18. NYC is in the grips of the worst COVID-19 outbreak in the United States, so White says he’s going to find somewhere else to hold the event.

“I’m a day or two away from securing a private island,” White told TMZ in a video interview on Monday. “As of April 18, the UFC is back up and running.”

White refused to say where, exactly, he’ll hold the fight, saying only that it will be broadcast on ESPN. Tony Ferguson will now take on Justin Gaethje in the main event. Gaethje is replacing Khabib Nurmagomedov, who is stuck in Russia due to travel issues, White says.

White also told ESPN that the fight would occur on an island, though he did not publicly disclose the location.

He says he already has the planes and all of the equipment necessary to run the fights, which will be held without any fans present.

You should also READ  2 Iranian students challenge removal from U.S. over ‘uncivil interrogation’

“We’re going to make sure that everybody there is going to be safe before, during and after,” he said.

White added that the event will be the first of many in the same location over the next two months.

“We’re going to be pumping out fights every week,” he said.

The UFC tweeted its full fight card on Monday night, which included a mix of new matchups and hold-overs from the original plans for New York City.