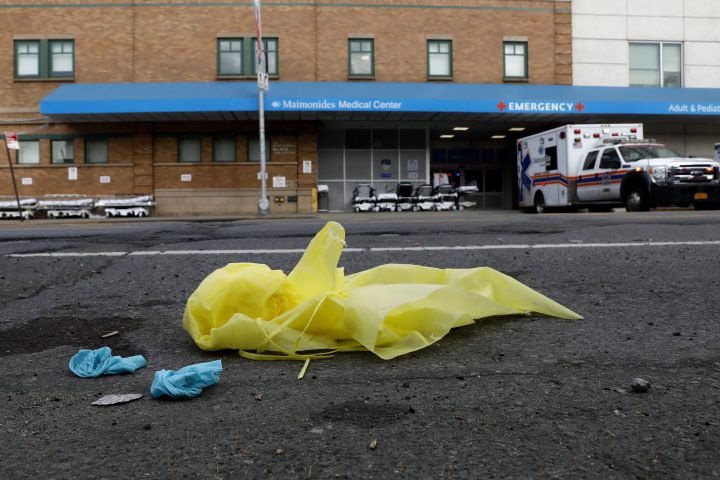 The state’s death toll since the beginning of the outbreak last month grew to 5,489.

The alarming surge in deaths comes even as new hospital admissions have dropped on average over several days, a possible harbinger of the outbreak finally leveling off. Cuomo said the death tally is a “lagging indicator” that reflects the loss of critically ill people hospitalized earlier.

“That’s 731 people who we lost. Behind every one of those numbers is an individual. There’s a family, there’s a mother, there’s a father, there’s a sister, there’s a brother. So a lot of pain again today for many New Yorkers,” Cuomo said at a briefing at the state Capitol.

The state has been recording more than 500 new deaths a day since late last week. The number of confirmed cases — which does not include infected people who have not been tested — is close to 139,000 statewide.

While Cuomo said New York could be reaching a “plateau” in hospitalizations, he warned that gains are dependent on people continuing to practice social distancing.

“This is a projection,” he said. “It still depends on what we do, and what we do will affect those numbers.”