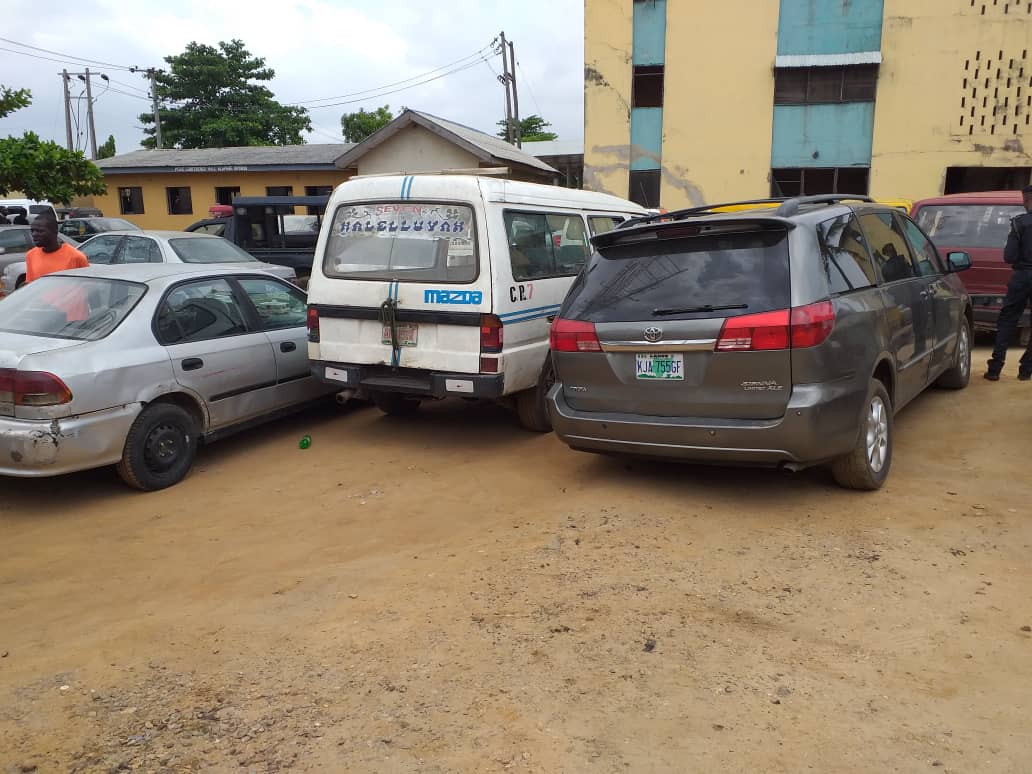 The Commander, Rapid Response Squad (RRS) DCP Olatunji Disu this morning led a team of police officers to impound 13 vehicles in Alapere area of the metropolis for failing to  comply with the Federal Government’s stay at home directive. The team also dispersed a group of over 150 youths doing physical exercise in Ketu – Alapere.

The vehicles, which included three cars, seven buses and three 4-Wheel drives were caught carrying passengers and were without valid excuses of being on the road.

The Commander, who led a team of police officers on intensification of enforcement of COVID 19 stay at home to Lagos Island detoured at ketu – Alapere where a long queue of vehicles were making their way towards Ojota Bridge inward Ibadan.

The State Commissioner of Police, CP Hakeem Odumosu had yesterday evening directed the Commander, RRS and Area Commanders in the State to supervise and intensify enforcement of the Stay at home directives on COVID 19.

The Commander had earlier directed his men to disperse over 150 youths who had equally converged in front of Samuel Gbadebo Adegboyega Village beside The Apostolic Church, Alapere.

Some of the youths, who claimed to be residents of the village and Ketu – Alapere were in their large numbers doing morning physical exercises before the police got to the area.

After being addressed on the essence of the government’s stay at home order, some of the youth still refused to go home until the RRS Commander directed his officers to form a wall, walked the youth down the road before they eventually dispersed.

While vehicles with valid excuses and identifications were allowed passage, some of the buses that were arrested stated that they were heading to Ibadan with their passengers.

All the vehicles have been handed over to Alapere Divisional Police Station.