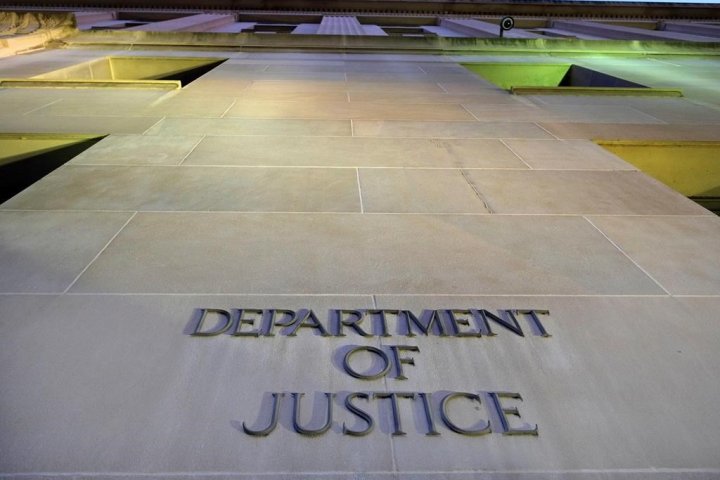 The Justice Department charged two people with federal terrorism offences on Wednesday for allegedly claiming they were intentionally trying to spread the coronavirus.

The charges, in cases in Texas and Florida, come about two weeks after Deputy Attorney General Jeffrey Rosen instructed federal prosecutors across the U.S. that they could charge people who threaten to spread the coronavirus under the terrorism statutes because the Justice Department considers it a “biological agent” under the law.

“Threats or attempt to use COVID-19 as a weapon against Americans will not be tolerated,” Rosen wrote in the memo to U.S. attorneys and the heads of all Justice Department agencies, including the FBI.

More than 400,000 people have been diagnosed in the U.S. with the virus, which has prompted stay-at-home orders from lawmakers across the country. Authorities have reported an uptick in hate crimes and virus-related scams.

Prosecutors allege James Jamal Curry, 31, of St. Petersburg, Florida, coughed on an officer’s arm while he was being arrested on a domestic violence charge on March 27 and told the officer, “Well I got the Corona,” according to court documents.

He posted a bond and was released from jail the next day before officers were called to his home again — for allegedly violating a court order to stay away from the victim — and placed him under arrest a second time.

Police allege Curry resisted arrest, struggled with officers and then banged his head repeatedly against a patrol car’s windows. When a sergeant opened the door to move him away from the window, Curry spit in her mouth twice, court documents said. The sergeant wiped his saliva from her face, noticing it had blood in it, as Curry threatened to kill her, the documents said.

As officers put a hood over his head to prevent him from spitting at them again, Curry shouted at the sergeant, “I have Corona (expletive), and I’m spreading it around,” according to court papers.

Police obtained a warrant to test Curry for COVID-19, and the results came back negative. He was charged with perpetrating a biological weapons hoax and faces a maximum sentence of five years in federal prison if he’s convicted.

In the Texas case, 39-year-old Christopher Charles Perez was charged with a similar offence after he posted on Facebook that he had paid someone to spread the coronavirus at grocery stores in San Antonio because he wanted to deter people from visiting the stores.

The FBI investigated the case and determined that the threat was false, and no one had tried to spread the coronavirus at the stores. Perez was arrested on Tuesday.